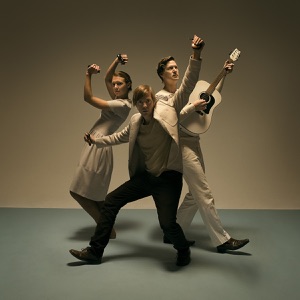 ORIGEN
Sweden
Acerca de Acid House Kings
After the breakup of their band Poprace, singer/guitarist Niklas Angergård and his bassist brother Johan joined up with guitarist Joakim Ödlund and formed the Swedish twee-pop trio Acid House Kings in 1991. Initially inspired by their shared disappointment over the breakup of Felt and common dissatisfaction with Morrissey's Kill Uncle album, the trio began crafting a innocent and simple brand of pop. Signing to the German label Marsh Marigold, the group issued its debut EP, Play Pop!, in early 1992, followed later that year by the full-length Pop, Look u0026 Listen! The group's rediscovery of childhood favorites the Pet Shop Boys informed 1994's Monaco G.P. EP; disappointed by the record's lack of chart success, Acid House Kings maintained a low profile for the next three years as the Angergård brothers worked on other projects (Club 8 for Johan, Red Sleeping Beauty for Niklas), finally resurfacing in 1997 with the single "Yes! You Love Me." Advantage Acid House Kings was released the next year on Johan's Labrador label.nn Soon after, Ödlund left the band and Julia Lannerheim, who had sung background vocals on the record, joined. The trio next surfaced in 2002 with the album Mondays Are Like Tuesdays and Tuesdays Are Like Wednesdays, followed three years later by the excellent Sing Along with Acid House Kings. The latter album's unique packaging included a bonus DVD with karaoke-friendly versions of each song. Their next EP, Do What You Wanna Do, played up this angle as well by including versions of songs from the album sung by friends of the band. After this the bandmembers took the next few years off, as real life and other projects took up most of their time. When they began work on the next album, Acid House Kings spent a long time honing the potential track list until they ended up with, in their words, "ten songs and ten potential singles." Music Sounds Better with You was released in March of 2011. ~ Jason Ankeny u0026 Tim Sendra 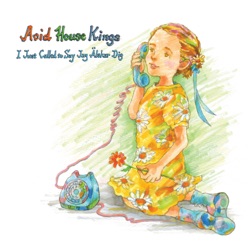 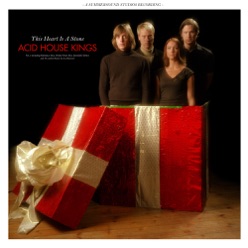 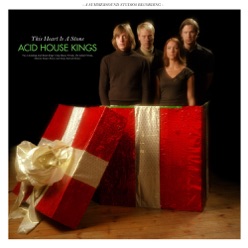