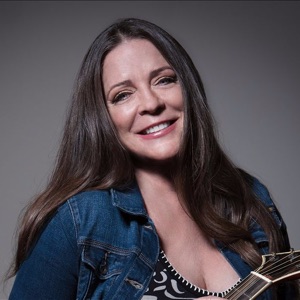 CIUDAD NATAL
Nashville, TN
NACIMIENTO
26 de septiembre de 1955
Acerca de Carlene Carter
Carlene Carter has always straddled the line between country and rock and followed her own path. Beginning her career as a rock singer in the mid-'70s, she became immersed in the new wave in the late '70s before emerging as a new country singer in the late '80s. Throughout it all, her music has always infused roots music -- whether country or rock u0026 roll -- with a nervy, edgy energy.nnCarlene is the daughter of June Carter and Carl Smith, who divorced when their daughter was just two. June would frequently take her daughter on Carter Family tours, which meant that Carlene developed a musical interest at an early age. When she was 12, her mother married Johnny Cash. Following the marriage, Carlene and her stepsister, Rosanne Cash, became backup singers in the Carter/Cash touring show.nnAt the age of 15 she married Joe Simpkins and had a child; they were divorced within a few years. Carter enrolled in college as a piano major in her late teens, but she never graduated. At 19, she married Jack Routh and had another child; they were divorced within two years.nn In 1978, she decided to pursue a musical career, heading to Los Angeles where she received a record contract with Warner Bros. Her debut album, Carlene Carter, was a rock u0026 roll record recorded in London with Graham Parker's backing band, the Rumour. The following year, she released her second album, Two Sides to Every Woman, which featured support from the Doobie Brothers. That same year she married singer/songwriter/producer Nick Lowe, who was currently the co-leader of the new wave rock u0026 roll revival band Rockpile. Lowe helped Carter shape her musical direction in the early '80s, and her third album -- the new wave-inflected country-rock record Musical Shapes (1980) -- showed the influence of Lowe, Rockpile, and Dave Edmunds. Although the album was critically acclaimed, it was a commercial failure. She followed Musical Shapes in 1981 with Blue Nun, which continued to pursue a new wave-country direction; like its predecessor, it was ignored by record buyers.nnDuring the early '80s, Carter was shut off from the country community because she was living in England with Lowe. After Blue Nun, she stopped recording, choosing to perform solo shows instead; she also had a starring role in the theatrical production Pump Boys and Dinettes. Carter and Lowe's marriage collapsed in the mid-'80s and she returned to the States, where she became part of the touring Carter Family.nnIn 1989, she began working on a comeback record with Howie Epstein, the bassist for Tom Petty u0026 the Heartbreakers. That same year, she performed a duet with Southern Pacific on the Top 40 hit "Time's Up." Reprise signed Carter in 1990 and she released her overdue fifth album, I Fell in Love, later that year. I Fell in Love still had rock influences, but it was a more straightforward country record than her previous albums, and country radio paid attention. The album became a hit and two singles, "I Fell in Love" and "Come on Back," climbed all the way to number three. Little Love Letters, her 1993 follow-up (which was released on Giant Records), was equally successful; its first single, "Every Little Thing," was another number three hit. Little Acts of Treason, her 1995 album, wasn't as big a hit as its two predecessors, but it still enjoyed moderate success on the country charts, and a hits collection, Hindsight 20/20, appeared in the fall of 1996. A variety of personal and professional problems hit Carter at this point, compounded by the 2003 death of Howie Epstein, with whom she'd become romantically involved, followed by the passing of her mother, her sister, and her stepfather within the space of a few months. Carter returned to performing when she joined the cast of the stage musical Wildwood Flowers: The June Carter Story, in which she played the role of her mother and sang a number of the Carter Family classics. A concert album, Live in London at the Marquee Club, was released in 2005, and Carter returned to the studio with producer (and former Doobie Brother) John McFee to record the reaffirming comeback album Stronger in 2008. In 2013, Carter performed at the annual Farm Aid fundraising concert, and began a new studio project with producer Don Was in which she recorded a set of classic Carter Family songs in her own style. The album, Carter Girl, was released in the spring of 2014. ~ Stephen Thomas Erlewine 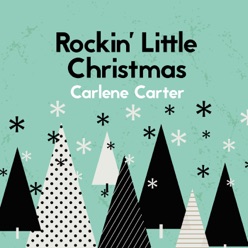 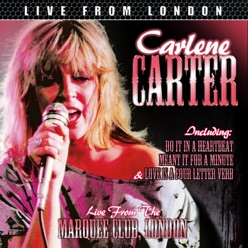