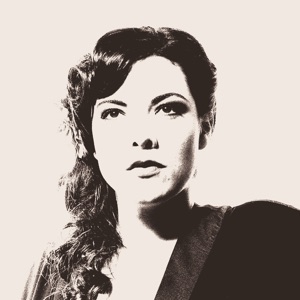 CIUDAD NATAL
Amsterdam, The Netherlands
NACIMIENTO
26 de abril de 1981
Acerca de Caro Emerald
Caro Emerald is a Dutch jazz singer who emerged in 2009 with the smash hit single "Back It Up" and made her chart-topping album debut in 2010 with Deleted Scenes from the Cutting Room Floor. Born Caroline van der Leeuw on April 26, 1981 in Amsterdam, Netherlands, she studied music at the conservatory, specializing in jazz and subsequently working as a vocal coach. Her breakthrough success came in 2009 with the single "Back It Up," written and produced by David Schreurs and Jan van Wieringen of Grandmono Records, along with songwriter Vincent de Giorgio. "Back It Up" began as a summertime hit but ended up spending 21 weeks on the Dutch charts, from July to December. Its popularity was enhanced by a couple different remixes, one by Kraak u0026 Smaak and another featuring Madcon. The follow-up single, "A Night Like This," likewise written by Schreurs, van Wieringen, and de Giorgio, was an even bigger hit, reaching number one on the Dutch charts. Emerald then made her full-length album debut with Deleted Scenes from the Cutting Room Floor. Inspired by post-war jazz and cinema, it topped the Dutch albums chart for weeks on end.nnIn May of 2013, Emerald followed up her hugely successful debut with her second release, The Shocking Miss Emerald. Produced alongside long-term collaborator Schreurs, the record reached number one on both the Netherlands and the U.K. album charts. The single "Tangled Up" also reached the Dutch Top Ten. While she toured only regionally for the next two years, in 2016 she and her band undertook a massive European road trip called The Emerald Island Tour that took her across Europe and the U.K. On December 30, 2016, she performed a BBC 2 concert from Madeira aboard a massive luxury liner. A second Acoustic Sessions called Deleted Scenes from the Cutting Room Floor was cut in two days and comprised eight stripped-down songs from her first album. Emerald and her band used a Binson Echorec (a notoriously hard-to-control Italian echo machine from the early '50s) and a vintage 1958 Ampex reel-to-reel recorder; they proceeded to work in one room with no headphones, straight to tape. The album was made available on tour and on her website. Both volumes were made available as Acoustic Sessions: Pts. I u0026 II in April 2017. ~ Jason Birchmeier 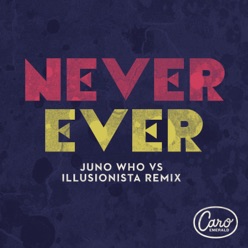 Never Ever (Juno Who vs. Illusionista Remix) - Single
2018 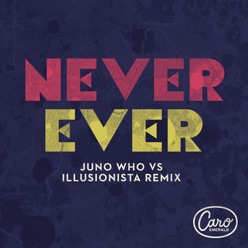 Never Ever (Juno Who Vs Illusionista Remix) - Single
2018 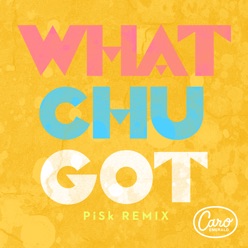