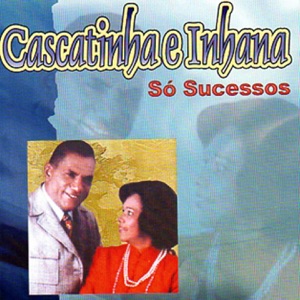 FORMACIÓN
1942
Acerca de Cascatinha e Inhana
Cascatinha e Inhana are celebrated as one of the most popular duos of their time, having beaten all selling records with songs like "Índia" and "Meu Primeiro Amor" -- 500,000 copies, along with the other hundreds of thousands in their subsequent recordings of those songs included in their LPs. In their long and prolific career, they recorded 54 78 rpm albums and 30 LPs, selling thousands of copies. They also won important awards like the Roquette Pinto Trophy and received six gold records for sales of over 100,000 copies. Among the songs made classics by them, there's "Guacyra" (Hekel Tavares/Joraci Camargo), "Flor do Cafezal" (Luiz Carlos Paraná), and "Triste Caboclo" (Paraguassu).nnCascatinha (Francisco dos Santos) was a poor 18-year-old young man in Marília, upstate São Paulo, when the Nova Iorque Circus came into town in need of a drummer. He joined the circus and, learning to play the guitar, started a partnership with Chopp, a trapeze artist and singer. In Araras, Cascatinha attracted the attention of the future Inhana (Ana Eufrosina da Silva), who was a perfect intone part-time singer who worked as maid. The three of them formed the Trio Esmeralda and continued with the circus. In 1941, they moved to Rio de Janeiro (Rio de Janeiro) and went to live together. Soon they dissolved the trio due to disagreements. In the same year, Cascatinha married Inhana and, in 1942, they formed the duo. In that same year, they already won awards in the shows César Ladeira (Rádio Mayrink Veiga), and Renato Murce's Papel Carbono (Rádio Nacional). Working basically in circuses in Rio and São Paulo, the duo performed regularly in 1947 in the Rádio América (São Paulo) and, in 1950, they were hired by Rádio Record, staying there for 12 years. The first album was recorded in 1951, with "La Paloma" (S. Yradier) and "Fronteiriça" (José Fortuna). With the hits "Despertar do Sertão" and "Ave Maria do Sertão" (by Elpídio Santos), Cascatinha was hired as Au0026R director by the Todamérica recording company. After the massive success of the 1952 album release which contained the songs "Índia" (Maria Ortiz Guerrero/José Asunción Flores, version by José Fortuna) and "Meu Primeiro Amor" (José Fortuna's version for "Lejania," by Hermínio Giménez), the duo performed "Meu Primeiro Amor" in Ademar Gonzaga's film Carnaval em Lá Maior in 1955. In 1966 they had other hits with "A Estrela Que Surgiu" (Zacarias Mourão/Mário Albanesi), "Vinte e Cinco Anos" (Nonô Basílio), "O Menino do Circo" (Eli Camargo) and "Flor do Cafezal" (Carlos Paraná). Hits of the '70s include "Castigo" (Marciano Marques de Oliveira), "Como Te Quero" (Alberto Conde/Nilza Nunes), and "Olhos Tristonhos" (Dora Moreno). In 1978, the duo narrated their saga in the show Índia, staged in São Paulo (São Paulo), with great success. Their last album together, Você Pra Mim é Tudo, was recorded in February 1981. They would have commemorated 30 years of career at June 20th of that year, in the show A Grande Noite da Viola, at the Maracanãzinho (Rio), but Inhana died at the 12th. ~ Alvaro Neder 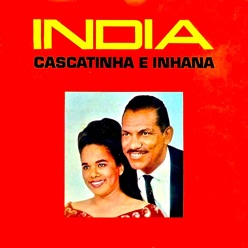 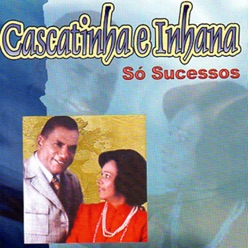 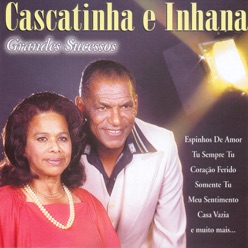