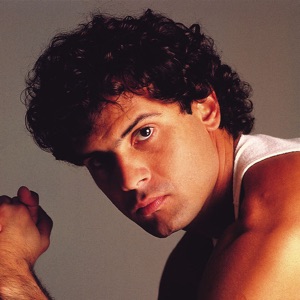 NACIMIENTO
1958
Acerca de Cazuza
Vocalist of the first Brazilian rock band Barão Vermelho and highly popular as a solo artist, Cazuza left his personal mark on Brazilian music in spite of his early death, through his songs which continue to be recorded by other artists.nn Son of the phonographic producer João Araújo and the amateur singer Maria Lúcia Araújo, Cazuza always had close contact with music. Influenced since early childhood by the strong values of Brazilian music, he had a special preference for the sad, dramatic overtones of Cartola, Lupicínio Rodrigues, Dolores Durán, and Maysa. He began to write lyrics and poems around 1965. In late 1974, a vacation in London, England, acquainted him with the music of Led Zeppelin, Janis Joplin, and the Rolling Stones, and he soon became a great fan. Cazuza enrolled in college in 1978, but abandoned the course of journalism three weeks later to work with his father at Som Livre. He moved later to San Francisco, where he came in contact with beat literature, becoming highly influenced by it. In 1980 he returned to Rio, where he worked with the theatrical group Asdrúbal Trouxe o Trombone. There he was noticed by the novice singer/composer Leo Jayme, who introduced him to a beginning rock band that needed a vocalist, the Barão Vermelho. With this band, which would be the first of the Brazilian rock style, Cazuza gained popularity and experience, departing for his solo career in 1985.nn Motivated both by his unwillingness to share the success and by the lack of room for his MPB tendencies in Barão Vermelho, Cazuza found freedom in his first solo album Exagerado (Som Livre,1985), where the dramatic influence of Lupicínio Rodrigues is quite evident. "Codinome Beija-Flor," the title track, "Mal Nenhum," and "Só As Mães São Felizas" evidenced enough guts for a successful opening solo album, even if the latter song was censored due to the use of profanity in an openly oedipal context.nn In 1986, Cazuza recorded Só Se For a Dois, but in that year Som Livre disbanded its lineup. The album was released in the following year through Philips, having a hit with "O Nosso Amor a Gente Inventa." That same year, Cazuza discovered that he was suffering from AIDS. The next album, Ideologia, revealed aggressive and combative lyrics, like the title track, "Boas Novas," "Blues da Piedade," and "Brasil." The album also had a tune in bossa style (even if harmonically it can't be understood as a bossa) which became a hit, "Faz Parte do Meu Show." "Brasil" remained an important hit, having been re-recorded by many artists, including Gal Costa (in a version which was the theme song of the Rede Globo soap opera Vale Tudo). In 1987, Cazuza appeared in the film Um Trem Para as Estelas (Cacá Diegues).nn In October, 1988, Cazuza recorded live at Canecão (Rio) the album Cazuza ao Vivo -- o Tempo Não Pára (Philips). In February of the following year, he was the first Brazilian artist to proclaim his condition publicly. During a period of painful hospital routines, he recorded the depressive double album Burguesia (which was released in August), appearing in the Prêmio Sharp prize ceremony in a wheelchair, where he was awarded with the prizes for the best album, song, and video clip ("Brasil"). In 1990, Lumiar publishing house released the two volumes of Songbook Cazuza. After his death, his mother founded the Sociedade Viva Cazuza in Rio, an organization for the support of children afflicted with AIDS, releasing her book Cazuza -- Só as Mães São Felizes (Globo, São Paulo, 1997). In 1995, Polygram released a four-CD box set containing the Grandes Nomes Series, and in 1997 Cássia Eller recorded an album dedicated to Cazuza's compositions, Veneno Antimonotonia. ~ Alvaro Neder 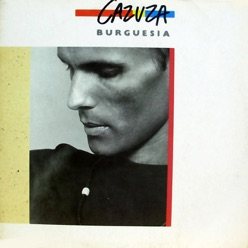 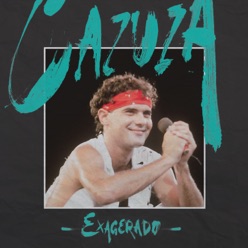 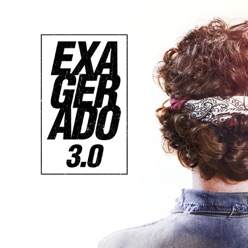