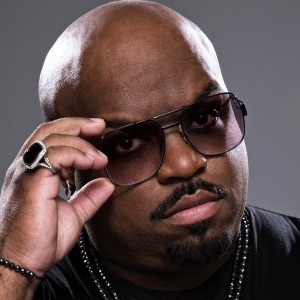 CIUDAD NATAL
Atlanta, GA
NACIMIENTO
30 de mayo de 1974
Acerca de Cee Lo Green
Multi-talented and flamboyant, Cee Lo Green initially made a name for himself and his trademark crooning as part of pioneering Dirty South rappers Goodie Mob before he broke away in the early 2000s for a colorful solo route. Along with fellow Atlanta rappers OutKast, Goodie Mob laid out the blueprint for the Dirty South style during the mid-'90s, making serious waves with their debut album, Soul Food (1995). Cee Lo was an important member of the group, often singing the hooks to many of Goodie Mob's best songs (e.g., "Cell Therapy," "Soul Food," "Black Ice"). But the group didn't last too long, and after a few releases over a five-year span, Cee Lo split with Goodie Mob for a promising solo deal with Arista.nnThe deal came in the wake of Arista's success with OutKast's Stankonia (especially the single "Ms. Jackson"), not to mention the burgeoning neo-soul movement characterized by the likes of Alicia Keys, Jill Scott, and Macy Gray. Arista label head L.A. Reid no doubt sensed a lot of potential in Cee Lo and gave him the green light to record a solo album. That album, Cee Lo Green and His Perfect Imperfections (2002), sounded unlike anything else out there -- unlike Cee Lo's past work with Goodie Mob, unlike his neo-soul contemporaries, and unlike pretty much anything else except the weirder corners of OutKast's Stankonia album.nnThe album unsurprisingly never took off commercially, despite some colorful promotion on Cee Lo's part (a wild video for "Closet Freak" and a belly-baring live tour), and the tattooed big man went back to the drawing board, returning in early 2004 with Cee Lo Green Is the Soul Machine. This follow-up was just as free-spirited as Cee Lo's debut but was a more focused effort, anchored by some radio-friendly singles produced by big-money hitmakers Timbaland ("I'll Be Around"), Jazze Pha ("The One"), and the Neptunes. It also featured some nice production by Cee Lo himself. Interestingly, Arista released the album shortly after parting ways with Reid and also after experiencing enormous Grammy-winning success with OutKast's Speakerboxxx/The Love Below, an album (André 3000's half, at least) that sounded quite a bit like Cee Lo's work.nn In 2006, Cee Lo enjoyed some of his greatest success as half of Gnarls Barkley, a duo also featuring producer Danger Mouse. "Crazy," the lead single from St. Elsewhere, the duo's debut album, was an instant hit in the U.K. and steadily rose to number two on the U.S. Billboard Hot 100 by the end of the summer. Cee Lo and DM followed it up with a second Gnarls Barkley album, The Odd Couple, in early 2008. After reuniting his original group, Goodie Mob, to play dates around the country in 2010, Cee Lo recorded his third proper solo album, The Lady Killer, billed as Cee Lo Green and featuring an ongoing dose of his unique take on soul, pop, and funky hip-hop, highlighted by the Grammy Award-winning single "Fuck You!" (aka "Forget You!"). That song, which went multi-platinum in several countries, helped establish Cee Lo as a mainstream star in his own right. He made several television appearances and, in 2011, became one of the mentors on the U.S. version of the NBC talent contest The Voice. The following year, as he continued to participate in the series, he released a Christmas album, CeeLo's Magic Moment.nnA series of additional television appearances and projects ensued, including the premiere of a TBS series called CeeLo Green's The Good Life. The show was cancelled following social media remarks that Green made after he pleaded no contest to a felony count of furnishing Ecstasy to a woman. (He was sentenced to probation and community service.) In early 2015, he resurfaced with a freely available, digital-only EP, TV on the Radio, which consisted of his vocals over television theme songs. A proper album, Heart Blanche, followed later in the year. ~ Jason Birchmeier u0026 Steve Leggett 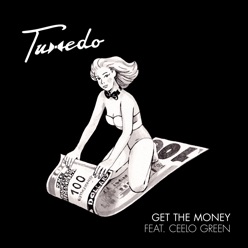 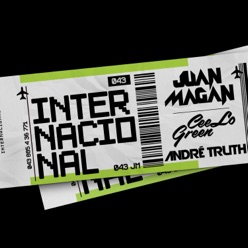 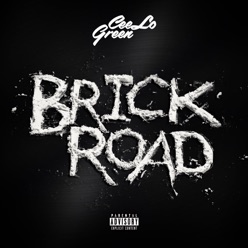