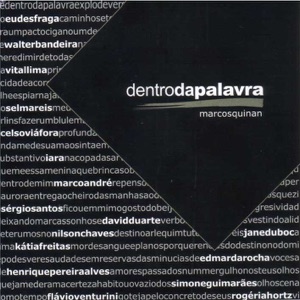 Acerca de Celso Viáfora
A composer consecrated in MPB festivals since the late '70s, Celso Viáfora has had increased visibility in the specialized media. His four solo albums have not had commercial success, but Viáfora's creativity is acknowledged by partners Guinga and Ivan Lins (with whom Viáfora wrote ten songs, four of them included in Lins' 2000 album A Cor Do Por Do Sol: the title track, "Nada Sem Você," "Emoldurada," and "Olimpo" (the latter having Viáfora as special guest) and by interpreters Vânia Bastos (who recorded "Linda De Lua") and Ney Matogrosso ("A Cara Do Brasil). He began his musical formation at the Fundação Das Artes of São Caetano do Sul. He later studied arranging with Nelson Ayres at the Conservatório do Brooklin (São Paulo). In the late '70s, he started a long series of appearances in university festivals. The first ones were disputed together with Arrigo Barnabé and the group Premeditando o Breque, all members of the vanguarda paulista movement. Winning at many of those festivals, his song "Grão Da Terra" was awarded as best arrangement at the International Festival of Viña del Mar (Chile), where he was accompanied by Amilson Godoy. He also had good results in the festivals of TV Record and Carrefour. His song "Não Vou Sair," with no marketing or promotional support, never played on major radios or TVs, but that hadn't prevented it from being a hit. It was recorded by Nílson Chaves, later receiving close to ten independent recordings by several artists and being sung in many bars in the Brazilian night. In 1986, Viáfora shared the LP Trocando figura (Copacabana) with César Brunetti, Jean Garfunkel, and Paulo Garfunkel. His first solo album came in 1992, Celso Viáfora (Outros Brasis, reissued on CD through Dabliú), and was praised by the specialized critic. Paixão Candeeira (Dabliú, 1996) marked a step towards the recognition by mainstream media, bringing Viáfora to the obligatory knowing of the Rio/São Paulo axis. Benefiting from the favorable reviews, Cara do Brasil (RGE/Jam Music) came next in 1999, with the participation of important artists like MPB-4, Chico César, Banda Mantiqueira, Dominguinhos, Arismar do Espírito Santo, Maurício Carrilho, Amilson Godoy, and Jane Duboc. The show, in the most important single venue for MPB releases (Canecão, Rio), also had the participation of MPB-4 and Chico César. ~ Alvaro Neder 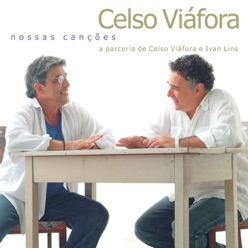