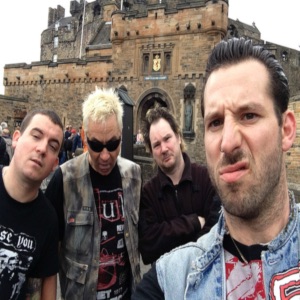 Acerca de Chaos Uk
Punk rock heroes Chaos UK began its long journey in 1979, with a lineup consisting of vocalist Simon, guitarist Andy, bassist Kaos, and drummer Potts. They eventually signed with Riot City Records and released two 7" records in 1982. That same year, they released an eponymous LP with a slightly different lineup. Kaos had moved to vocals, and new members Spot and Nige took over on drums and bass, respectively. They left the label soon after and disappeared until 1984's Lawless Britain, also known as Short Sharp Shock, which came out on Children of the Revolution Records. They also had a new lineup at this point, now featuring singer Mower, drummer Chuck, guitarist Gabba, and Kaos. An interesting minor controversy would result from this album, as Michelle Shocked would release an album called Short Sharp Shocked with virtually the same cover art, much to the band's dismay. The lineup actually lasted to the next album, 1986's Radioactive Earslaughter, which came out at the same time as a split disc with Extreme Noise Terror. Without any real reason, they went into semi-retirement almost immediately afterwards, staying out of the music scene until 1989, which saw the release of Chipping Sodbury Bonfire Tapes on their own Slap Up Records. The title was a dig at Shocked, who had an album titled The Texas Campfire Tapes. Mower would soon leave the band, bringing Kaos back to vocals and bringing in Beki on bass. The Live in Japan album was recorded in 1991 (although it came out three years later), but after their tour of the east they would lose Chuck and replace him with Devilman. They also added a second guitarist, Vic (ex-Reagan Youth). This lineup would release the Making Half a Killing album soon after (the title is a play on another Extreme Noise Terror split disc). 1993 saw the release of One Hundred Percent Two Fingers in the Air on Century Media Records. New drummer Phil Thudd and new bassist J. signed on for King for a Day (1996), Morning After the Night Before (1996), and Heard It, Seen It, Done It (1997), but Devilman was still in the band and even played on the albums while Beki had since left. Members of the band began to start side projects, including A.D. Rice and the Wuzzuks, but they still released Total Chaos in 1999 and Chaos in Japan in 2001. ~ Bradley Torreano 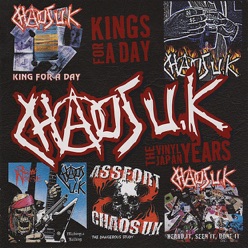 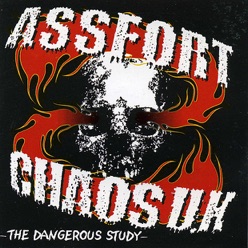 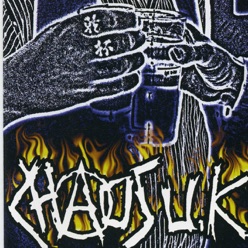