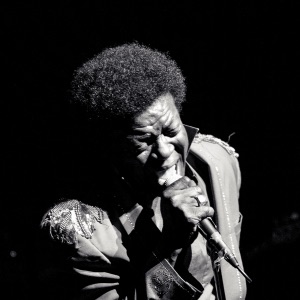 CIUDAD NATAL
Gainesville, FL
NACIMIENTO
5 de noviembre de 1948
Acerca de Charles Bradley
Soul and Ru0026B singer Charles Bradley definitely didn't arrive as a recording artist by taking the easy route. A gritty, fiercely passionate vocalist in the tradition of Otis Redding and Wilson Pickett, Bradley worked for decades as a journeyman soul shouter and sometimes-James Brown-impersonator before he was belatedly discovered in the 2000s by the soul-focused Daptone label, which released his first album, 2011's No Time for Dreaming, when Bradley was 62 years old. Delivering plain-spoken original songs and idiosyncratic covers of rock tunes in a vintage Ru0026B style, Bradley became the subject of a celebrated documentary (Charles Bradley: Soul of America), cut two more acclaimed albums (2013's Victim of Love and 2016's Changes), and performed on top-rated TV shows and at major international music festivals before fate brought his late-in-life career to a close in 2017.nn Born in Gainesville, Florida in 1948, but raised in Brooklyn, New York, Bradley spent a good part of his childhood living on the streets. A transformational moment came when his sister took him to see James Brown at the Apollo in 1962. Bradley was struck by Brown's energy and stage manner, and began practicing microphone tricks with a broom at home, dreaming of being a star on his own stage, and it was a dream he would never abandon in spite of all sorts of mishaps, misdirects, and general hard times.nnBradley escaped Brooklyn by joining the federal Job Corps program, which took him to Bar Harbor, Maine, where he learned to cook, a profession he was to fall back on time and time again. He also put together a band in Maine and began playing local gigs. The band didn't last long, though, and when most of its members were drafted, and with the Vietnam War hanging in the air, Bradley moved to Wassaic, New York, where he worked as a cook at a hospital for the mentally ill. Nine years later, he left that position and hitchhiked west, ending up in Alaska for a time before moving to California, again taking a job as a chef, and for the next 20 years he performed music on the side, playing whatever gigs he could find. When he was laid off from his position, though, he began to doubt his decision to live so far from where he grew up.nnBradley eventually relocated back to Brooklyn, this time working at odd jobs instead of cooking. He never let go of his musical dreams, and he began performing his James Brown-inspired routines in such local clubs as Black Velvet, attracting a loyal following and eventually capturing the attention of Gabriel Roth from Daptone Records. Roth immediately brought the fiery singer into label sessions, releasing a single, "Take It as It Comes," that showed what Bradley had to offer as a vocalist. Roth also introduced Bradley to Thomas Brenneck, then a guitarist, songwriter, and home producer for Dirt Rifle u0026 the Bullets. The pair had an affinity for each other musically, and together they released two singles on Daptone as Charles Bradley u0026 the Bullets before the actual group by that name disbanded (most of the members went in an Afro-beat direction with the Budos Band).nnBrenneck and Bradley continued to work together, and after Bradley told him about waking up in his home one morning to discover his nephew had shot and killed his brother, Brenneck suggested they tell the story in music as a catharsis and as a cautionary tale. The result, tracked with the Menahan Street Band, was a pair of impassioned singles, "The World (Is Going Up in Flames)" and "Heartaches and Pain," which Brenneck released on his Daptone sublabel Dunham Records. These weren't songs drawn from Bradley's Black Velvet act, but were instead highly personal and striking outings that put his own emerging voice as a singer and songwriter at the center of things. A full album for Dunham, No Time for Dreaming, appeared early in 2011. Bradley received global acclaim for the album, and toured relentlessly to support it. His follow-up, Victim of Love, was released in the spring of 2013. In 2015, Bradley released a single through Daptone that featured a powerful, soul-charged reworking of the Black Sabbath number "Changes." The single and its accompanying music video became underground hits, and the song became the cornerstone of Bradley's next Dunham/Daptone album, 2016's Changes. Sadly, Bradley received a cancer diagnosis in the fall of that year, and succumbed to liver cancer in September 2017 at the age of 68. However, he remained thankful for his relatively brief time in the spotlight late in life, and was quoted as saying "I love all of you out there that made my dreams come true." Dunham and Daptone paid homage to Bradley's artistry with the 2018 release Black Velvet, a collection of unreleased material from his sessions for the labels. ~ Steve Leggett 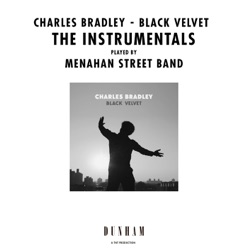 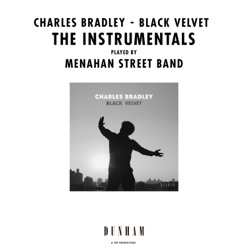 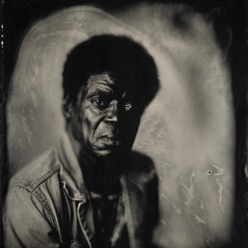