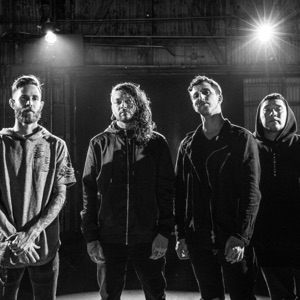 ORIGEN
Salt Lake City, UT
FORMACIÓN
2007
Acerca de Chelsea Grin
Salt Lake City, Utah's Chelsea Grin channel the brutality of their namesake (the phrase refers to a grisly facial torture practice) via their punishing brand of breakdown-heavy deathcore. Citing influences like Suicide Silence, Slayer, Whitechapel, and A Perfect Circle, the band employed a lethal blend of death metal and post-hardcore on their 2010 debut Desolation of Eden. Subsequent efforts like Ashes to Ashes (2014) and Eternal Nightmare (2018) introduced elements of djent, doom, black, symphonic, and progressive metal into the mix, but since forming in 2007, Chelsea Grin have proudly and vocally shouldered the deathcore mantle.nn Starting as a five-piece, the Salt Lake City, Utah band, consisting of singer Alex Koehler, guitarists Michael Stafford and Chris Kilbourn, bassist Austin Marticorena, and drummer Andrew Carlston, wasted no time putting themselves out there, releasing a self-titled EP on Statik Factory in 2008 and hitting the road. The band dealt with some line-up changes the following year, with Marticorena leaving the band for personal reasons and Kilbourn parting ways to start his own label, Matchless Records. Chelsea Grin not only replaced the pair with bassist David Flinn and guitarist Jaek Harmond, but also decided to beef up their sound with the addition of third guitarist Dan Jones, who joined the band just before they signed a deal with Artery Recordings and headed into the studio to record their full-length debut, Desolation of Eden, which was released in 2010.nnThe band toured intensely throughout the rest of 2010, stopping only after Koehler broke his jaw, resulting in the group canceling its fall tour. Early in 2011, Chelsea Grin went into the studio with Hatebreed and the Red Chord producer Chris "Zeuss" Harris to work on their follow-up album, My Damnation, which was released later that year. A headlining tour followed, plus support dates with Emmure in Europe during 2013. Recording for third album Ashes to Ashes commenced late in the year, with production handled by the band plus Diego Farias of Volumes. Released in July 2014, the album became the band's first to crack the Top 40 album charts, peaking at number 27. Chelsea Grin also appeared on the Warped Tour that summer. The band's fourth studio long-player, Self Inflicted, dropped in 2016, and proved to be their most extreme outing to date. It would also be the last studio outing for vocalist Alex Koehler and guitarist Jacob Harmond, who both left the group in early 2018. In June of that year, the band issued the full-length Eternal Nightmare, which saw the group operating as a four piece with ex-Lorna Shore vocalist Tom Barber taking over mike duties. ~ Gregory Heaney 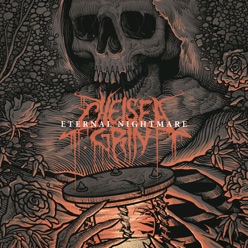 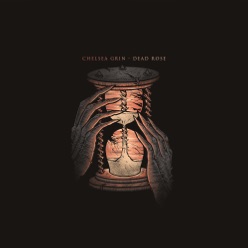 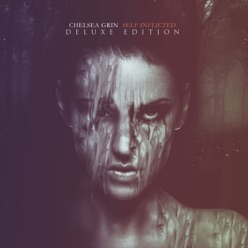