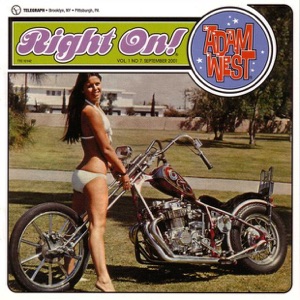 ORIGEN
Washington D.C.
FORMACIÓN
1991
Acerca de Adam West
Named after the actor who will always be know as "that guy who played Batman on that campy '60s show," Adam West wanted to bring back the old-school punk sounds of the Misfits and the Stooges to their hometown of Washington, DC. Starting out in late 1991, it wasn't long before they started gigging around the East Coast with the original lineup consisting of Jake Starr (vocals), Bill Crandall, Ray Wiley (guitar), Phil Munds (bass) and Tom Barrick; this, however, didn't last long. With a revolving door lineup and several singles released by their own Fandago Records -- including a fan-club-only-single of them covering the Misfits "Cool/Cough," and later on, "Halloween/ She," a four-song EP on Messiah Complex Records and a split with Bubblegum Crisis -- 1997 finally saw the release of their first full-length entitled Mondo Royale. With a stable lineup that included Derrick Baranowsky (guitar), Steve (bass), Tom Barrick (drums), and singer Jake Starr (the only original member), the band did split-EPs with Mazinga, the BellRays and the Candy Snatchers in 1998, as well as several scattered compilation pieces. The next year saw the release of their second full-length entitled 13 De Luxe -- again self-released on their own label. By the new millennium, Adam West consisted of Starr, Barrick, Steve, Johnny May (bass) and Kevin Hoffman (guitar). They had a new deal with Telegraph and issued Right On! in winter 2002. ~ Mike DaRonco 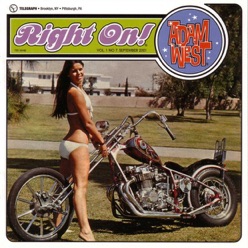