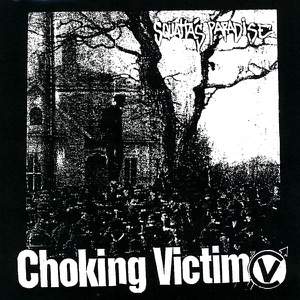 ORIGEN
New York, NY
Acerca de Choking Victim
New York City ska-punks Choking Victim, whose members lived together out of various squats on Manhattan's Lower East Side, comprised singer/guitarist Scott Stergin (aka Stza or Sturgeon), bassist Alec, and drummer Skwert, though the band also included guitarist Ezra, bassists Sascha Scatter and Shayne, and drummer John Dolan, among others, during their time together. Stza and Alec originally formed the band as No Commerical Value in the early '90s, the band eventually evolving into Choking Victim. After debuting with a handful of 7" singles during the mid-'90s that centered around their vagrant lifestyle and atheist beliefs, including the Crack Rock Steady EP and the "Squatta's Paradise" single, the trio signed to the Epitaph imprint Hellcat to release the full-length No Gods, No Managers in 1999. Choking Victim broke up after the first day of recording for the album, but fortunately, they'd gotten enough songs out of the session to release the record anyway. Crack Rock Steady Demo followed a year later on Tent City, as did another release that conveniently put together the band's earlier singles and EP. Stza and Ezra went on to form Leftover Crack; Ezra also played in INDK with Skwert. ~ Jason Ankeny 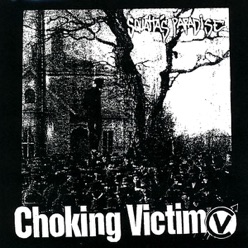 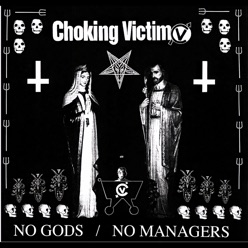