CIUDAD NATAL
Bothell, WA
NACIMIENTO
2 de noviembre de 1975
Acerca de Chris Walla
An accomplished producer, multi-instrumentalist, and former DJ, Christopher Walla is perhaps best known as Ben Gibbard's former right-hand man in Death Cab for Cutie. Walla was born in 1975 and grew up in the suburbs of Seattle, a town whose rich music scene inspired him to pursue work as a producer. While attending a local concert, he met future bandmate Gibbard -- who, at the same time, was playing guitar with the power pop outfit Pinwheel -- and bonded with him over a shared love of Teenage Fanclub. Seeking a break from his Pinwheel duties, Gibbard soon enlisted Walla's help on an eight-song cassette entitled You Can Play These Songs with Chords. The project was surprisingly successful, and Gibbard couldn't support the release without a live band. Accordingly, Walla joined the lineup alongside bassist Nick Harmer (Gibbard's roommate) and temporary drummer Nathan Good, and Death Cab for Cutie officially took root.nnWalla issued a self-titled cassette (under the name Martin Youth Auxiliary) on the Washington-based Elsinor Records in 1999, following its release with a series of solo shows. However, Death Cab for Cutie's profile was steadily rising, and Walla's solo efforts took a back seat as he focused on the band. Handling production duties for Death Cab's studio albums, Walla played an important role in shaping the band's sound, even if Gibbard penned the majority of the material. Released in 2003, Transatlanticism proved to be the band's big break, moving 225,000 copies during its first year of release and attracting attention from Atlantic Records. Death Cab for Cutie ultimately left their previous home of Barsuk Records, signed with Atlantic in 2004, and released the Grammy-nominated Plans the following year.nn With his instrumental contributions and production skills now enjoying Billboard-certified success, Walla was faced with increasing demand for his musical expertise. He launched a website to accompany his personal studio (the Hall of Justice) and set to work producing and/or engineering releases by Tegan and Sara, Nada Surf (whose previous albums Let Go and The Weight Is a Gift were also produced by Walla), the Decemberists, Camden, and a handful of soundtracks and assorted compilations. Walla also returned to his solo efforts, working on an album entitled Field Manual and rejoining the Barsuk roster for its release in January 2008. Following his work on recordings by Telekinesis, the Lonely Forest, Ra Ra Riot, and several others, Walla decided to leave Death Cab for Cutie, performing his last show with the band in September of 2014. His first solo release since his departure from Death Cab was Tape Loops, an unexpected album of Eno-like ambience released by Los Angeles-based Trans Records in 2015. Walla also began scoring a film called North, which was slated for a 2016 release. ~ Andrew Leahey 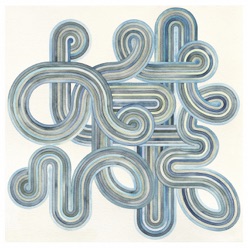 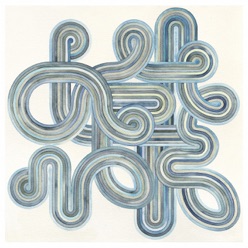 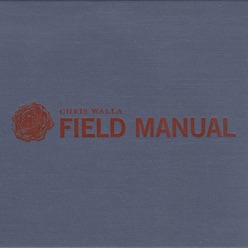