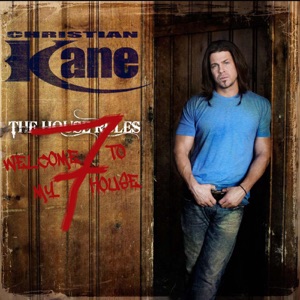 CIUDAD NATAL
Dallas, TX
NACIMIENTO
1974
Acerca de Christian Kane
Texas-born actor, musician, singer, and songwriter Christian Kane is probably best known for his screen and television roles, but he also heads the Southern country-rock band Kane and has had an active recording career in addition to his work as an actor. Kane was born in Dallas, TX of Native American descent. His father worked in the oil business and frequently moved his family around the South and Southwest, eventually settling in Norman, OK when Kane was in the eighth grade. Although he played football and was a wrestler in high school, he majored in art history at the University of Oklahoma, and it was there that the acting bug bit him. He left school without finishing and moved to L.A., taking a job delivering scripts for a talent management company, which also sent him for auditions. Kane landed one of the lead spots in the television show Fame L.A., and was soon appearing in a number of shows (including Angel, Close to Home, and Leverage) and television movies (Crossfire Train and the miniseries Into the West), and on the big screen (Just Married, Secondhand Lions, Friday Night Lights, and The Donner Party, among others). But Kane was developing his musical talents, too. After Kane met Steve Carlson (the man who took over his old job at the management agency) in 1997, the pair began writing songs together, and a year later in 1998 they formed the Southern rock band Kane, shifting the band's base from L.A. to Nashville in 2001. The band self-released a pair of albums, Kane in 2000 and Live in London in 2004. Signing to Bigger Picture Group, Kane released an EP, Christian Kane, on the label under his own name in 2010, and a full album, The House Rules, in December that same year. ~ Steve Leggett 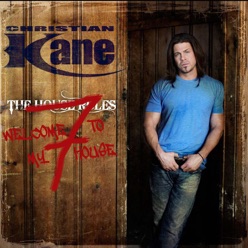