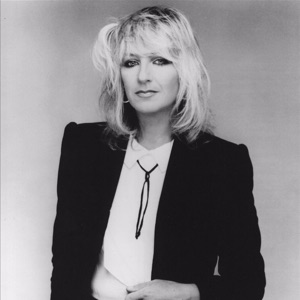 CIUDAD NATAL
Bouth, Lancashire, England
NACIMIENTO
12 de julio de 1943
Acerca de Christine McVie
With her naturally smoky low alto vocal style and a knack for writing simple, direct, and memorable songs about the joys and pitfalls of love, Christine McVie has had a long and productive musical career while seldom insisting on being center stage. Born Christine Anne Perfect on July 12, 1943, in the small village of Bouth, the daughter of a concert violinist and a faith healer, a combination that just begs for uniqueness, McVie began playing the piano at the age of four and then found herself seriously studying the instrument at the age of 11, continuing her classical training until she was 15. Thats when she discovered rock u0026 roll. While studying sculpture at an arts college near Birmingham for the next five years, she immersed herself in the local music scene, joining the band Sounds of Blue as a bassist. By the time McVie graduated with a teaching degree, Sounds of Blue had broken up, and she moved to London. In 1968 she reunited with two of the bands former members, Andy Silvester and Stan Webb, in the British blues band Chicken Shack, playing piano and contributing vocals. The band released two albums, 40 Blue Fingers, Freshly Packed and Ready to Serve in 1968 and O.K. Ken? in 1969, and garnered a Top 20 hit in the U.K. with McVies impressive version of Etta James Id Rather Go Blind. She left the band in 1969 after meeting Fleetwood Mac bassist John McVie, marrying him a year later, just after the release of her first solo album, the self-titled Christine Perfect.nn Following the marriage, and now known as Christine McVie, she joined Fleetwood Mac as a pianist and singer and remained a member for the next 25 years, becoming a superstar in 1975 as part of the Lindsey Buckingham/Stevie Nicks version of the band. She and John McVie divorced in 1978, although both continued as members of Fleetwood Mac through the albums Tusk (1979) and Mirage (1982). She recorded and released a second solo album, simply called Christine McVie, in 1984. She married keyboardist Eddy Quintela in 1986. They would separate four years later in 1990 (and divorce later in the decade), just as the band -- minus Buckingham -- released Behind the Mask. Following the tour for that album, McVie announced to the band that she would no longer go on the road, although she continued to work in the studio with them, contributing five songs to 1995s Time. A reunion of the Buckingham/Nicks incarnation of the band for 1997s live The Dance followed, and McVie did the resulting tour with the group before officially retiring from Fleetwood Mac in 1998 after the groups induction into the Rock and Roll Hall of Fame that year. She then lived quietly out of the music limelight until the release of her third solo album, In the Meantime, in 2004.nn In 2006, McVie was awarded the British Academy of Songwriters, Composers and Authors' Gold Badge of Merit.nn During an announcement of Fleetwood Mac's 2012 world tour, Nicks downplayed the hope that McVie would ever rejoin the group. The following year, Christine performed with the Mick Fleetwood Blues Band. It was her first appearance on-stage in 15 years. That fall, McVie joined Fleetwood Mac on stage in London to play "Don't Stop" and appeared at two subsequent dates.nnEarly in 2014, Fleetwood Mac officially announced that McVie had rejoined the band. The Rumours edition of the group toured together for the first time since 1998. McVie and Buckingham assembled at Village Recorder's Studio D in Los Angeles (the same room where Tusk was cut) in order to re-establish creative chemistry. It worked. After returning to England, an inspired McVie began sending Buckingham demos and song snippets. They re-engaged the recording process with John McVie and Mick Fleetwood for a new Fleetwood Mac studio album -- Nicks was to add her parts later. The quartet cut eight songs before breaking off to rehearse for the band's' upcoming On with the Show tour, which began that fall and lasted an entire year. When Nicks decided to tour her own material in 2016 rather than reconvene with Fleetwood Mac in the studio, McVie, Buckingham, Fleetwood, and John McVie went back in and finished the album they'd begun before the tour. The finished project, entitled Lindsey Buckingham/Christine McVie, was issued in June 2017. ~ Steve Leggett 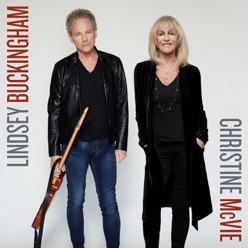 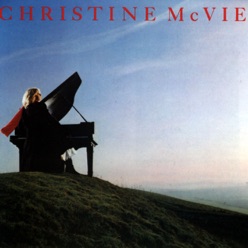 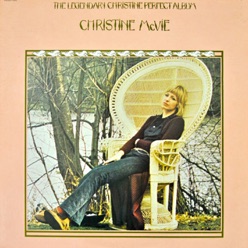