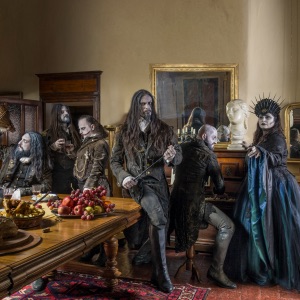 ORIGEN
Taipei, Taiwan
FORMACIÓN
1995
Acerca de Chthonic
One of the few rock bands from Taiwan to gain exposure in North America, Chthonic are a melodic death metal group whose music employs elements of traditional Taiwanese music (including the use of the hena, an Asian instrument similar to the Western violin) and who frequently incorporate lore from their nation's history into their lyrics. Developing their audience in Taiwan with the albums 9th Empyrean (2000) and Seediq Bale (2005), they spread their message on a global scale, gaining followings in Japan and the U.S. with releases such as Takasago Army (2011) and Bu-Tik (2013). In addition, the band is known outside of metal circles for frontman Freddy Lim, who became a legislator in Taiwan's parliament in 2016.rnFormed in 1995, Chthonic take their name from a Greek word meaning "of the Underworld," and feature Freddy Lim (aka Freddy, Left Face of Mardou) on lead vocals and hena, Jesse Liu (aka Jesse, the Infernal) on lead guitar, Doris Yeh (aka Thunder Tears) on bass and backing vocals, CJ Kao (aka CJ, Dispersed Fingers) on keyboards, and Dani Wang (aka Azathothian Hands) on drums. Chthonic released their first single, "Deep Rising" b/w "F--- or Die," in 1998, and their first full-length album, Where the Ancestors' Souls Gather, followed in 1999. Their second album, 2000's 9th Empyrean, was released in both English- and Chinese-language editions, as was 2006's Seediq Bale. In 2007, Chthonic released Relentless Recurrence and toured the United States as part of the long-running annual metal package tour Ozzfest; they were the first Asian metal band to join the Ozzfest lineup, and on nights off from the tour they also played club dates with Cradle of Filth and Nile. rnIn 2007, Chthonic were named Best Rock Group at the Golden Music Awards (the Taiwanese Grammys), with Taiwan's president, Chen Shui-Bian, presenting the group with its trophy. Chthonic returned in 2009 with their fifth album, Mirror of Retribution, based on the historic 228 Massacre, and followed up again in 2011 with Takasago Army (named after the Taiwanese soldiers who were forced to fight for Japan during World War II). Their seventh album -- Bu-Tik (roughly translated as "the virtue of war") -- was released in 2013 and increased their exposure to Western fans with English translations for songs such as "Set Fire to the Island." An acoustic EP of old favorites -- Timeless Sentence -- was released in early 2015. Stripped of the chugging riffs and screaming, it showcased the mournful and vulnerable sides of the group's intensely political lyrics and lush Chinese instrumental orchestration. rnIn an appropriate progression of the band's political activism, Lim -- running under his own New Power Party -- was elected as a representative to Taiwan's legislative Yuan on January 16, 2016. The following year, the band released its first film, Tshiong, which also starred Lamb of God's Randy Blythe, who featured on the movie's theme song, "Souls of the Revolution." Chthonic returned in 2018 with their eighth set, Battlefields of Asura. Inspired by ancient deities and the decades of radical change between the 1930s and 1950s, the album included the single "Millennia's Faith Undone," featuring Hong Kong songstress Denise Ho. ~ Mark Deming u0026 Neil Z. Yeung 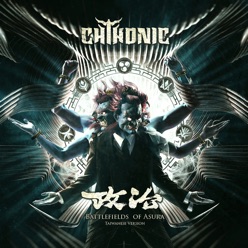 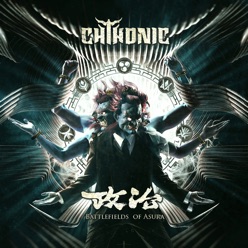