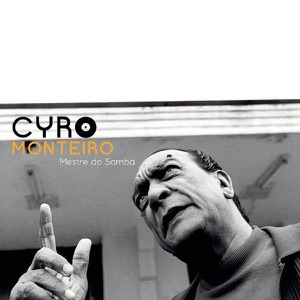 NACIMIENTO
28 de mayo de 1913
Acerca de Ciro Monteiro
Ciro Monteiro was one of the top samba singers of all time. As an amateur singer, Monteiro was invited by Sílvio Caldas to replace Luís Barbosa in his duo in 1933. They performed at the Programa Casé. As Monteiro had to break his duo with his brother, the amateur Careno, he soon regretted the decision and asked Caldas to dismiss him. But in 1934, Monteiro returned to radio, this time to Mayrink Veiga. In 1936, he was promoted to the top cast of the house, together with Carmen Miranda, Francisco Alves, Noel Rosa, Aurora Miranda, Luís Barbosa, Patrício Teixeira, Mário Reis, and others. In 1937, Monteiro left Mayrink Veiga and became a free lancer, performing in all radio stations. He had his big hit then with "Se Acaso Você Chegasse" (Lupicínio Rodrigues/Felisberto Martins), soon recorded (Victor, 1938) with enormous success.nn He returned to Mayrink Veiga and married Odete Amaral. In the same year, he became a successful composer, having Dias da Cruz as a regular partner. Their biggest hit was "Madame Fulano de Tal." He had success in 1939 with "Mania da Falecida" (Ataulfo Alves/Wilson Batista), "Que Vida É Essa?" (Nássara/Roberto Martins); in 1940, with "Beijo Na Boca" (Ciro de Souza/Garcez), "Bonito Papel, Hem?" (Nássara/Dunga), "Tá Maluca?" (Wilson Batista/Germano Augusto); in 1941, with "O Bonde de São Januário" (Ataulfo Alves/Wilson Batista), which won the Carnival contest of that year, "Os Quindins de Laiá" (Ary Barroso), and "A Mulher Que Eu Gosto" (Wilson Batista/Ciro de Sousa); in 1942 with "Regra Do Bom Viver" (Estanislau Silva/Humberto Carvalho), "Fonte Do Amor" (Sinval Silva), "Botões De Laranjeira" (Pedro Caetano); and in 1944, "Falsa Baiana" (Geraldo Pereira), one of his biggest hits. He continued at Mayrink Veiga until 1949, when he departed for Rádio Nacional. In 1950, he returned to the previous radio station. In 1953, he had success with "Escurinho" (Geraldo Pereira). In 1956, he worked as an actor for the first and last time in his life, in the role of Apolo, the father in Orfeu da Conceição (Vinícius de Moraes), the play that would soon later be adapted to cinema, being filmed by Marcel Camus, enjoying international success. In 1961, he won all awards of the year with his LP Senhor Samba, in which he presented four originals. He returned to Mayrink Veiga and began to perform in television. He participated, among others, on Elizeth Cardoso's TV show Bossaudade, recorded and released as an LP by Copacabana. He recorded Senhor Samba, Vol. 2 and opened the show Telecoteco, Opus No. 1 with great success, having recorded its songs in a homonymous LP. In 1968, he recorded the LP Mudando de Conversa with Clementina de Jesus and Nora Ney, after the successful show with the same title. He recorded De Leve in 1971 with Jorge Veiga. His recordings with Toquinho and Vinícius de Moraes ("Que Martírio!," by Haroldo Lobo/Milton de Oliveira, and his "Você Errou") were released on the LP Toquinho, Vinícius e Amigos (1974). ~ Alvaro Neder 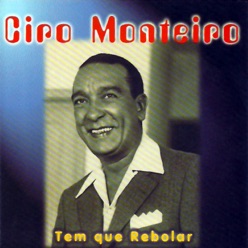 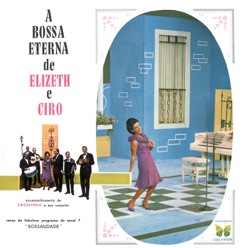 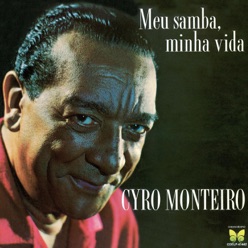