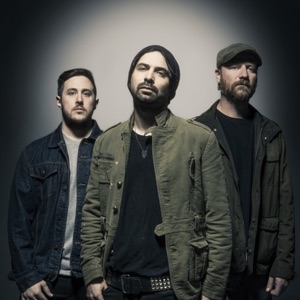 ORIGEN
West Chester, PA
Acerca de Cky
Originally hailing from West Chester, Pennsylvania, CKY has roots that stretch back to 1992, when friends Deron Miller (vocals, guitar) and Jess Margera (drums) met in high-school math class, eventually forming the group Foreign Objects together; they issued the five-song EP The Undiscovered Numbers u0026 Colors on the Distant Recordings label in fall 1995. By the next year, the two had begun releasing less metal, more radio-friendly music under the name Oil, though continuing to record Foreign Objects work on the side. Picking up their third live bassist, Ryan Bruni, they released two more EPs, 1996's Lifeline and a 1997 self-titled one.nn During recording sessions for their debut full-length, the Oil trio met producer Chad I. Ginsburg (aka CIG), who was soon asked to join on permanently as their second guitarist. This addition marked Oil's 1998 dissolution and CKY's birth, as the guys stopped trying to appeal to the mainstream and changed their name to Camp Kill Yourself (Miller thought up the name, thinking it would make a perfect title for a horror movie). Demos were recorded and the quartet caught a break when Margera's pro-skateboarding brother, Bam, was featured doing wacky acts on the video Jump Off a Building, which featured a song ("Genesis 12a") from CKY. Bam was offered to do other videos and called upon his brother's band to supply the soundtracks -- resulting in the release of the 1999's CKY, Vol. 1 and Vol. 2, which included all the songs from the videos.nn Camp Kill Yourself appeared as part of the 1999 Warped Tour, though they were kicked off near the end after joining a fan-generated protest of tour vending prices. The band had also signed with Volcom, reissued Camp Kill Yourself, Vol. 1 with different artwork, and officially changed their name to CKY (quickly altering their original decision of Camp) on the request of Volcom by the first half of 2000. In February, they fired Bruni, disappointed in his performance, and signed up bassist Vern Zaborowski in his place in time for the summer's Warped Tour, also issuing a limited-edition EP, Disengage the Simulator. CKY's songs were also featured on the popular MTV show Jackass (which prominently featured good ol' Bam), and in 2001, both volumes of Camp Kill Yourself were reissued, just as the group was signed to Def Jam/Island.nn When the Infiltrate Destroy Rebuild LP appeared in September 2002, CKY tried to support it as the opening act for Axl Rose's reconstituted Guns N' Roses. Naturally, that tour self-destructed almost immediately. But CKY carried on, and Infiltrate's heavy alt-metal sound helped distance them (somewhat) from being simply a "skate" band. The DVD Infiltrate Destroy Rebuild: The Video Album appeared in November 2003. Zaborowski exited the band in mid-2004 during sessions for their third album and (as when Bruni left earlier) Ginsburg handled bass until a replacement was found.nn CKY returned in June 2005 with An Answer Can Be Found, unflagging in their self-promotional swagger -- Miller spent much of the run-up to the record posting Internet messages about his band's total awesomeness. Around the same time, they also revealed their newest member, ex-All That Remains bassist Matt Deis, who also became the first bass player to assist in songwriting. Touring ensued in support of the record, though CKY and Island parted ways in early 2006; the guys inked a deal with Roadrunner by the year's end and released Carver City in 2009. In 2010 Deis decided that he could "no longer commit to the band," and was replaced by Matt Janaitis, who made his first studio appearance on the single "Afterworld," which was written for the third Jackass film. The song was included on the band's 2011 B-Sides and Rarities compilation. A period of internal strife led to the departure of guitarist, lead vocalist, and co-founder Miller, and by 2016 the band was operating as a trio with Ginsburg, Margera, and Deis, the latter of whom had returned to the fold the year prior. In 2017 CKY released their long-awaited fifth studio long-player, the aptly named Phoenix. ~ Greg Prato 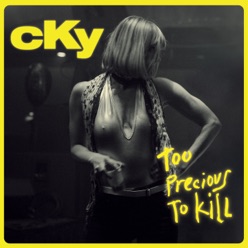 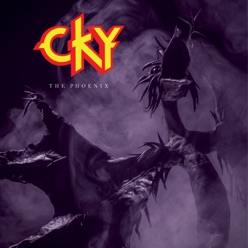 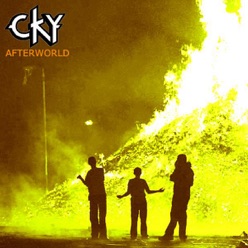