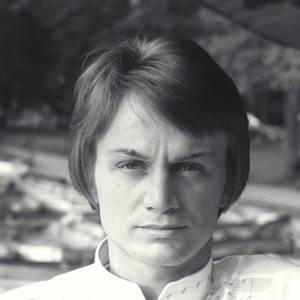 CIUDAD NATAL
Ismailia, Egypt
NACIMIENTO
1 de enero de 1939
Acerca de Claude François
Along with Johnny Hallyday, Claude François was one of the biggest stars of French rock u0026 roll, emerging during the so-called "yé-yé" movement of the early '60s. Like Hallyday, his early success came mostly from French adaptations of English-language rock and folk hits, rather than from original material written specifically for him. However, his image -- immaculately coiffed hair and glitzy sequined suits -- played just as big a role in his popularity, and made him a major teen idol in his heyday, when fans dubbed him "Clo-Clo." He dressed his much-imitated quartet of backup dancers, the Clodettes, in even more flamboyant costumes (some self-designed), which gave his act a definite kitsch appeal and became a visual signature for much of his career. Appropriately for the singer who recorded the original version of the song that became "My Way," François lived the outsized life of a star, cycling through a series of high-profile affairs and acquiring a reputation for being extremely difficult to work with. Despite continued popularity, he endured a run of bad personal luck in the '70s that culminated in his freak accidental death at only 39 years old, electrocuting himself in the bathtub while changing a light bulb. Claude Marie Antoine François was born on February 1, 1939 in Ismailia, Egypt, where his French-born father worked as a shipping traffic controller on the Suez Canal. His Italian-born mother encouraged him musically, getting him into violin and piano lessons; François preferred the drums, however. When Egypt nationalized the Suez Canal in 1956, François and his family were repatriated to France, settling in Monte Carlo. His father fell seriously ill not long after, and François was forced to get a job and help support the family. He worked in a bank by day, but soon caught on as a drummer with local orchestras on the hotel and nightclub circuit. He made his professional debut with Louis Frozio in 1957, over his father's strenuous objections. Around 1959, François started to try his hand at singing, and proved a hit with resort audiences around the French Riviera. In 1961, he and his first wife moved to Paris. François found a gig performing with Les Gamblers, but soon decided to embark on a solo career, hoping to take advantage of the rock and roll fad emerging among the youth of Paris. Still in 1961, he landed a record deal and issued a debut single, "Nabout Twist," under the name Koko. It flopped. However, his second release, an Everly Brothers adaptation retitled "Belles, Belles, Belles," was a million-selling smash for Philips in 1962. Adopted as a teen idol by the French music press and the popular Salut Les Copains show, he scored several more hits over the next year, including "Marche Tout Droit," "Pauvre Petite Fille Riche," "Dis-Lui," and the late-1963 chart-topper "Si J'Avais un Marteau" (a French version of "If I Had a Hammer"). Thus established as a star, François embarked on a headlining tour of France in 1964, and wound it up with an appearance at the famed Olympia theater in Paris. François recorded prolifically during the mid-'60s, cranking out single after single and adaptation after adaptation. He added the first version of the Clodettes to his stage show in 1966, which gave him a whole new appeal in concert, and mounted another hugely successful tour. By now long since separated from his first wife, he had a brief and well-publicized romance with singer France Gall in 1967. In the aftermath of the breakup, he co-wrote and recorded a song called "Comme d'Habitude," which was later adapted by Paul Anka into the English-language pop standard "My Way." François started his own Flèche label in 1968, the same year he had the first of two children with a new girlfriend. François continued to perform and record with considerable success for the next few years, but broke down and collapsed on-stage in 1971 during a concert at Marseille. He recuperated in the Canary Islands for a short time, and returned to France only to break several bones in a serious car accident. In 1972, he discovered songwriter Patrick Juvet, who composed his smash hit "Le Lundi au Soleil"; however, more bad luck followed, as François was found to owe more than two million francs in back taxes. He had several more hits in 1973, the biggest of which was "Ça S'en Va et Ça Revient," but suffered more misfortune when the windmill at his country home caught fire, and when he was accidentally head-butted by a fan during another concert at Marseille. François had a huge hit in 1974 with "Le Telephone Pleure," which when translated into English (as "Tears on the Telephone") gave him his first U.K. chart single. While in the U.K. on a promotional tour in 1975, he narrowly avoided being killed by an IRA bombing. By this time, he had solved some of his financial problems by acquiring a couple of magazines (one teen-oriented, one with adult nude photography) and a modeling agency. In 1977 he reinvented himself as a disco singer with the smash hits "Alexandrie, Alexandra" and "Magnolias Forever," two of the most enduringly popular songs of his career (and enhanced live by the Clodettes' disco routines). Sadly, they would also be the last. On March 11, 1978 -- not long after taping a U.K. TV special -- François was taking a bath at his Paris apartment when he noticed that the overhead light bulb needed changing. He stood up to do so, still standing in water, and was fatally electrocuted. News of his death was met by an outpouring of grief from French music fans, who continue to enjoy much of his latter-day work. ~ Steve Huey 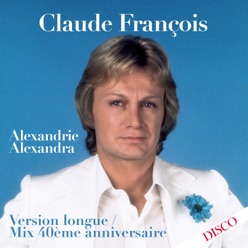 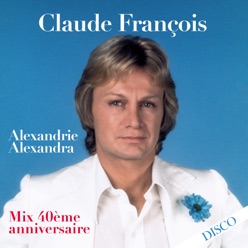 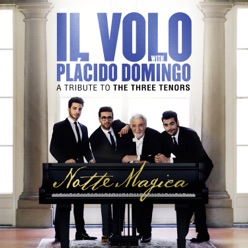