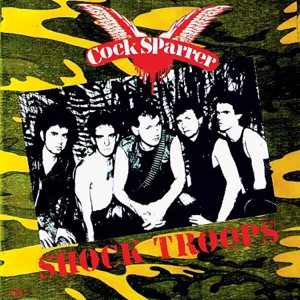 ORIGEN
London, England
FORMACIÓN
1975
Acerca de Cock Sparrer
One of the first Oi! bands, Cock Sparrer were playing loud, raw, Cockney working-class anthems as early as the first wave of British punk, although record company difficulties prevented them from issuing much material until the early '80s, when the Oi! movement was well underway. The group formed in London's East End in 1975, originally as a hard-edged pub rock combo in the vein of Dr. Feelgood. Four of the members -- vocalist Colin McFaull, guitarist Mick Beaufoy, bassist Steve Burgess, and drummer Steve Bruce -- had been schoolmates since age 11, and had been playing together in cover bands three years prior. They were joined by rhythm guitarist Garrie Lammin (Burgess' cousin), and soon began playing the Bridgehouse Pub in Canning Town on a regular basis. The emergence of the Sex Pistols presented an opportunity to further toughen up their sound, which sparked a brief interest from Pistols manager Malcolm McLaren that didn't end up amounting to much. In 1977, Cock Sparrer signed with Decca Records (which had already landed another proto-Oi! band in Slaughter u0026 the Dogs) and recorded their debut single, "Runnin' Riot," which was followed by a cover of the Rolling Stones' "We Love You." However, disagreements with Decca led to the sense that the band's simple, basic, street-level sound wasn't really understood; as a result, their self-titled debut was, for some reason, issued only in Spain. Lammin left the group to pursue an acting career not long after, and a frustrated Cock Sparrer went on an unofficial hiatus.nnBy the early '80s, bands like Sham 69, the Angelic Upstarts, and the Cockney Rejects had transformed the working-class punk sensibility into a Cockney-dominated subgenre dubbed Oi! As early progenitors of the scene, Cock Sparrer were in demand once again, especially after their song "Sunday Stripper" appeared on an Oi! compilation. They began gigging again and quickly landed a record deal, resulting in the 1982 hit single "England Belongs to Me," which struck a chord during the middle of the Falklands War. Cock Sparrer's official U.K. debut album, Shock Troops, was also released in 1982 and became a long-standing Oi! favorite. Guitarist Beaufoy left the band in 1983 and was replaced by the tandem of Chris Skepis (rhythm) and Shug O'Neill (lead). This lineup recorded the follow-up album, 1984's Runnin' Riot in '84, but Skepis and O'Neill both departed shortly thereafter. Beaufoy rejoined briefly for the Live and Loud album, released in 1987, but disagreements within Cock Sparrer and (again) with their record company precipitated another breakup.nn In late 1992, the group was invited to play a reunion gig at the Astoria, near Charing Cross. The appearance of over 2,000 fans stunned the bandmembers into a full-fledged reunion, featuring the original quartet of McFaull, Beaufoy, Burgess, and Bruce, plus new rhythm guitarist Daryl Smith. In early 1994, Cock Sparrer released Guilty as Charged, their first album of all-new material in a decade. The odds-and-ends EP Run Away followed in 1995, featuring live and studio recordings; the proper follow-up to Guilty as Charged, Two Monkeys, was released in 1997, with rumors that it would be the band's last album featuring all new material. A spate of compilations and live recordings followed during the next few years, with the band continuing to tour extensively, hitting the U.S. in 2000. In 2007, Cock Sparrer made their long-awaited return to the studio with the album Here We Stand, which found the band still roaring in its classic style. In 2012, Cock Sparrer celebrated their 40th anniversary with a return to the United States to play a four-date tour with longtime fans Rancid. In 2017, the group released the album Forever, which was supported with touring in the U.K. and Europe. ~ Steve Huey 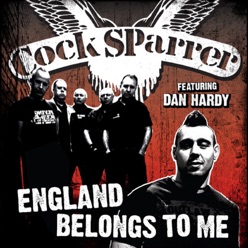 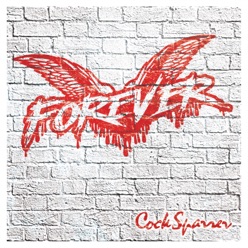 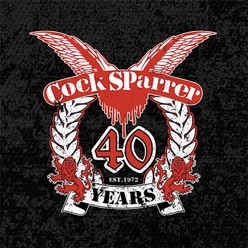