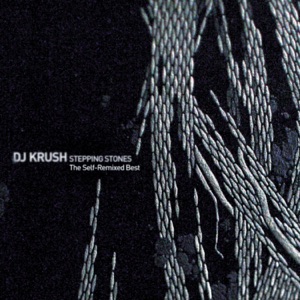 ORIGEN
Brooklyn, NY
FORMACIÓN
1992
Acerca de Company Flow
One of the most influential rap groups of the late '90s, Company Flow laid the groundwork for nearly all the experimental hip-hop that followed. They were an instrumental force in revitalizing underground hip-hop as a whole, and in making Rawkus Records the new movement's most prominent indie label. Company Flow's sound -- dense, abstract lyrics underpinned by irregular beats and spacey, basement-level production -- was like nothing else in hip-hop at the time, and their uncompromising attitude and willingness to push the envelope became hallmarks of the independent hip-hop scene. Although they managed only one proper album, the classic Funcrusher Plus, the full extent of their legacy is just beginning to be felt. Company Flow was founded in 1992 in Queens by MC/producer El-Producto (El-P for short; born Jaime Meline), along with Bigg Jus and DJ Mr. Len. Highly intelligent but kicked out of several schools for problems with authority, El-P had previously signed a restrictive solo deal that kept him from recording for years; he even served an internship with an entertainment lawyer in hopes of resolving his difficulties. After getting his GED at age 16, he studied sound engineering and formed Company Flow after meeting DJ Mr. Len at his 18th birthday party. The two put out a single, "Juvenile Techniques," on the small Libra label in 1993, and Libra employee Bigg Jus soon befriended the group and became its third member. Company Flow set up its own label, Official Recordings, and released the single "8 Steps to Perfection," which began to create an underground buzz. The group worked day jobs to fund their first EP, 1995's Funcrusher, which sold over 30,000 copies despite being available only in double-vinyl format. Now with an even stronger buzz, Company Flow was courted by several labels, but held out for an extremely artist-friendly deal that would allow them to maintain ownership of their masters and publishing rights, receive 50 percent of the net profits from their recordings, and not commit them to multiple album releases. The only label to accept their terms was Rawkus Records, a financially struggling indie with no clear musical identity at the time. Company Flow's signing gave them instant street credibility and paved the way for the label to spearhead the resurgence of underground hip-hop with a roster including Mos Def, Talib Kweli, Pharoahe Monch, and others. Company Flow, meanwhile, added a spate of new tracks to Funcrusher to create their debut full-length, Funcrusher Plus. Acclaimed by many and misunderstood by some, Funcrusher Plus is considered a landmark. Heavy touring and promotion ensued, after which Bigg Jus struck out on his own (as the group had planned for some time). El-P and Mr. Len followed up with Little Johnny from the Hospitul: Breaks and Instrumentals, Vol. 1, an album of dark instrumental hip-hop that disappointed some fans but pleased others. Also that year, they contributed the topical "Patriotism" to Rawkus' Soundbombing, Vol. 2 compilation (which was titled after a phrase they'd coined in the early days). By 2000, Rawkus was pushing to break itself into the mainstream, and the label's relationship with Company Flow began to break down. They officially parted ways by the end of the year, and not long after the group decided to disband amicably. El-P set up his own Definitive Jux label and assembled a roster of progressive rap artists, including Cannibal Ox, Aesop Rock, Mr. Lif, and Rjd2, not to mention his own solo recordings, which began with 2002's abrasive and acclaimed Fantastic Damage. ~ Steve Huey 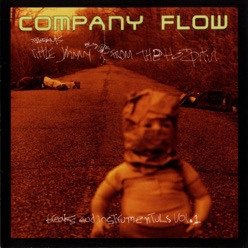 Little Johnny from the Hospitul: Breaks and Instrumentals, Vol. 1
2018