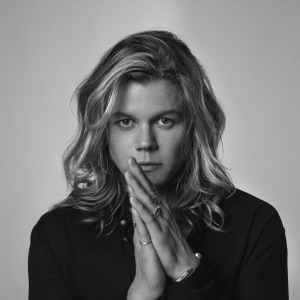 CIUDAD NATAL
Brisbane, Australia
NACIMIENTO
31 de marzo de 1988
Acerca de Conrad Sewell
Australia-born Conrad Sewell is a soulful vocalist with a bent toward dance-oriented Ru0026B and pop similar to Sam Smith, the Weeknd, and Michael Jackson. In addition to scoring a number one hit with 2015's "Start Again" from his Top 10 EP All I Know, he also contributed vocals to electronic dance anthems by Kygo, CID, Avicii, and Armin van Buuren.nnBorn in Brisbane in 1988, Sewell grew up in a musical family and became interested in singing at a young age. By age eight, he had already started recording demo songs with an eye toward a performance career. In 2004, at age 16, he auditioned for the second season of Australian Idol but failed to make the cut. In lieu of Idol, he made the most of his high school years playing in various local bands, including forming the rock outfit Sons of Midnight, who signed to Universal Germany. Despite achieving a hit single in Europe with "The Fire," Sewell eventually parted ways with the band and relocated to Los Angeles to pursue a solo career. During this time, he scored another European hit with the song "Firestone," a collaboration with Norway's DJ Kygo. Buoyed by this success, Sewell began working on his own material, and in 2015 released two debut singles, "Hold Me Up" and "Start Again," on 300 Entertainment. "Hold Me Up" peaked in the Top 40, while "Start Again" topped the charts. Both tracks landed on his debut EP, All I Know, which was issued in November 2015. The six-song set entered the Australian charts at number nine. The next year, Sewell teamed up with electronic producer Avicii for "Taste the Feeling," which extended his chart presence beyond Australia and into Europe. Subsequent collaborations with CID ("Secrets") and Armin van Buuren ("Sex, Love u0026 Water") followed into 2018. That year, Sewell issued Ghosts u0026 Heartaches, which included "Come Clean" b/w "Healing Hands." ~ Matt Collar u0026 Neil Z. Yeung