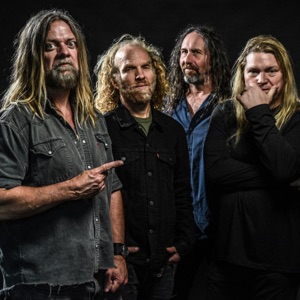 ORIGEN
Raleigh, NC
FORMACIÓN
1983
Acerca de Corrosion of Conformity
One of the first punk-metal fusion bands, Corrosion of Conformity were formed in North Carolina by guitarist Woody Weatherman during the early '80s. In their early years, C.O.C. became known for their aggressive sound, intelligent political lyrics, and willingness to break away from both hardcore and metal conventions. In the '90s, their shift to a more stripped-down, deliberate sound -- sort of Black Sabbath filtered through the Deep South -- brought them enough in line with the alt-metal Zeitgeist to bring them a measure of mainstream popularity.nnC.O.C. debuted in 1983 with the thrashy, Black Flag-influenced Eye for an Eye, featuring a lineup of Weatherman, drummer Reed Mullin, vocalist Eric Eycke, and bassist Mike Dean. They began to build up a cult following with 1985's Animosity, but their label at the time, Death, grew tired of their internal instability -- lineup changes found Eycke replaced by vocalist Simon Bob -- and dropped them following 1987's Technocracy. It took several years for a new lineup to come together -- featuring Weatherman, guitarist Pepper Keenan, Mullin, vocalist Karl Agell, and bassist Phil Swisher -- but when it did, the result was 1991's Blind, a powerful, focused, more metallic record that increased their audience by leaps and bounds. Agell was fired following its success, and he and Swisher went on to form Leadfoot; meanwhile, Keenan became the full-time lead vocalist on 1994's even more Sabbath-esque Deliverance, which also featured the return of original bassist Mike Dean. During 1995, Keenan took a short detour into the Southern metal supergroup Down (which also featured Pantera's Phil Anselmo and members of Crowbar).nn Thanks to a shift in popular taste in favor of the ultra-heavy brand of alternative metal, the group had helped pioneer, C.O.C. found themselves with a larger audience than ever before when they released 1996's Wiseblood, which continued and expanded their rock radio success. After a lengthy break from recording and a world tour with Metallica, C.O.C. returned with a new album in the fall of 2000, titled America's Volume Dealer. Another break ensued, resulting in the release of the live recording Live Volume in 2001. It wasn't until April of 2005 that the band regrouped for the hard-hitting and complex In the Arms of God. C.O.C. went on hiatus, with the members working on various side projects until 2010, when drummer Reed Mullin rejoined the band, reuniting the Animosity lineup while Pepper Keenan continued working with his other band, Down. The remaining trio began work on new material, and in 2012 released their eighth album, the eponymous Corrosion of Conformity, on Candlelight Records. Their ninth album, aptly titled IX, arrived in 2014. Shortly after the latter LP's release, C.O.C. reunited with Keenan and began work on their tenth studio long-player, No Cross No Crown, which dropped in January 2018. ~ Steve Huey 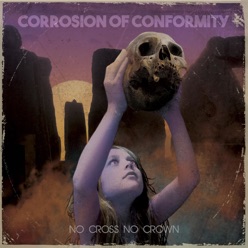 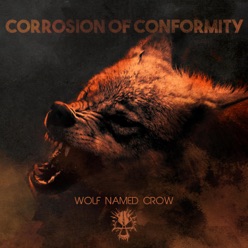 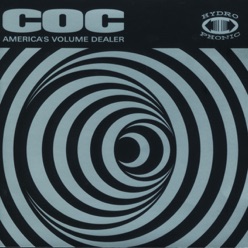