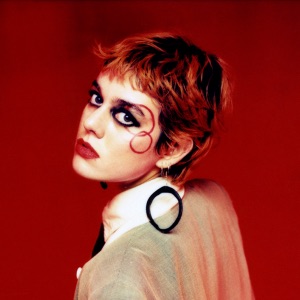 CIUDAD NATAL
Chipstead, England
NACIMIENTO
18 de mayo de 1996
Acerca de Pixx
A thought-provoking singer/songwriter, Pixx questions conventions of all kinds with her shape-shifting music. From the folky beginnings of 2015's Fall In EP, she quickly moved to idiosyncratic electro-rock on later releases including 2019's Small Mercies.
Born Hannah Rodgers, Pixx hails from Chipstead, a town just outside of South London. Growing up, her talent was encouraged, and after going to Catholic school for most of her studies, she attended the performing arts college The BRIT School for two years. Taking inspiration from Bob Dylan, Joni Mitchell, and Aphex Twin -- and adopting her grandmother's nickname for her moniker -- Pixx worked with co-producer Simon Byrt for her folktronica-tinged debut EP, Fall In, which arrived in August 2015. For her 2017 debut album, The Age of Anxiety (which took its name from W.H. Auden's final poem), she reunited with Byrt on a set of darker electro-pop songs inspired by the era's turbulent times. Soon after the album's release, Pixx began working on her second album, Small Mercies, which added grungy guitars to her repertoire and took aim at repressive institutions. ~ Heather Phares