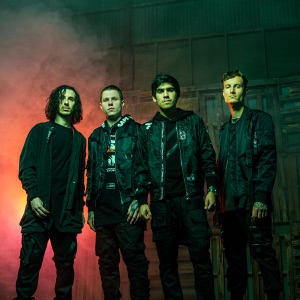 ORIGEN
Dallas, TX
FORMACIÓN
2010
Acerca de Crown The Empire
Offering a metalcore take on the sound of predecessors like Linkin Park, Crown the Empire fuse electronic ambience with metal catharsis, creating a moody and dramatic sound that sets the Dallas, Texas band apart from its contemporaries. Originally featuring singers Andy Leo and David Escamilla, guitarists Brandon Hoover and Bennett Vogelman, bassist Hayden Tree, keyboard player Austin Duncan, and drummer Brent Taddle, the seven-piece band puts its massive ranks to good use, crafting a sound that's dense without being so busy that the message is lost in the noise. Crown the Empire made their debut in 2011 with the self-released EP Limitless, followed by their first full-length effort, The Fallout, which arrived on Rise Records in 2012. The record was reissued later in 2013 with a complete re-recording of Limitless (this time with David Escamilla on vocals) while the band was touring. In January 2014, Rise Records announced via their website and social media outlets that Crown the Empire would be recording, and The Resistance: Rise of the Runaways appeared in May. Co-produced by Joey Sturgis and Dan Korneff, it was well received by critics and fans alike. Crown the Empire headlined their own tour through the rest of the summer before taking time off. In the fall of 2015 the band released "Prisoners of War" as a digital single. It was included as part of a deluxe reissue of the previous year's album along with "Cross Our Bones" (another new song), an acoustic take on "Millennia," and an alternate of "Machines." In November of that year, Vogelman parted ways with the band, with Hoover taking over his duties. On June 10, 2016, the band released another new single, "Zero," in anticipation of its upcoming third studio long-player, Retrograde, which dropped later that month. Retrograde debuted atop the Billboard Hard Rock, Independent, and Rock charts, and hit number 15 on the Top 200. In January 2017, the band announced the departure of Escamilla, reducing Crown the Empire to a quartet. ~ Gregory Heaney 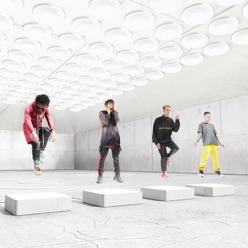 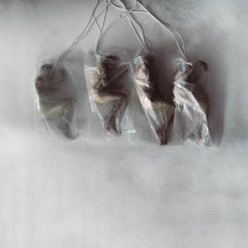 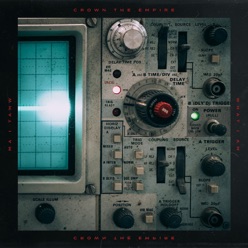