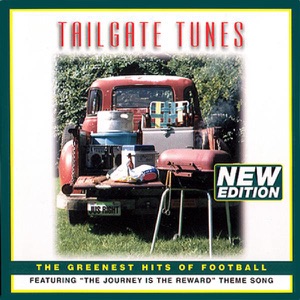 Acerca de Da Yoopers
One of the most popular bands in the Upper Peninsula of Michigan, Da Yoopers have been pleasing fans of all ages for over a decade with their amusing comedy numbers and skits. The band, with a lineup of Jim DeCaire, Lynn Coffey, Jerry Coffey, Jim Bellmore and Dan Collins, is best known for songs such as "Diarrhea," "Deer Hunter's Widow" and "Second Week of Deer Camp." They have pretty much held more appeal to their local fans because of their songs' content, but Da Yoopers still hold some minor popularity all over the Midwest.nn Da Yoopers originated in Ishpeming, Michigan, where they still hold their greatest amount of fame. The band was founded by Jim DeCaire and Joe Potila in 1975, and they grew increasingly popular in the early '80s. They also used light humor in their songs, which soon became just as appreciated as their musical talent. The band's first album, Yoopanese, was finally released in 1986, and it became a minor hit in the Upper Peninsula. They began touring through Michigan and Wisconsin, performing at county/state fairs and private gigs. Their second album, Culture Shock, was released a year later and contained two big local hits, "Second Week of Deer Camp" and "Rusty Chevrolet." Culture Shock was also the first of their albums to have comic skits and dialogue inserted between songs, those skits becoming just as popular as their melodies. With DeCaire on drums, Potila on guitar, Lynn Coffey on keyboards, her husband Jerry on bass, Dave "Doc" Bradbury on percussion and the entire band singing their own songs, Da Yoopers released Camp Fever in 1988 and Yoop It Up in 1989. They came to be known for their concerts as well, using side jokes and silly theatrics to coincide with the songs. In 1991 they released Yoopy Do Wah, which contained their first serious song, "When One Love Dies," and which would also be the first of their albums available on compact disc. Yoopy Do Wah was followed by For Diehards Only, a greatest-hits disc of songs previously available only on cassette. In 1993 the group released One Can Short of a Six-Pack and did another minor tour, and Potila retired shortly afterwards. DeCaire replaced him with Jim Bellmore, and the band released We're Still Rockin', their seventh studio effort, in 1996. Jackpine Savage and Naked Elves in Cowboy Boots followed four years later. ~ Barry Weber