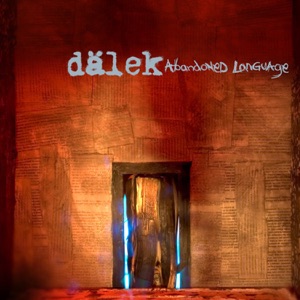 ORIGEN
Newark, NJ
FORMACIÓN
1998
Acerca de Dalek
Newark, New Jersey's Dälek undermine the simplistic gloss of mainstream hip-hop with gritty, complex underground hip-hop that at once clicks and whirs like some electronica head trip, layers on environmental ambience, and assaults the listener with aggressive, intelligent rhymes. Producer Alap Momin (Oktopus) and MC Will Brooks (also referred to as dälek) met at William Patterson University in the mid-'90s and began collaborating. Soon Brooks dropped out of school, cashed in his loans, and put his money into his home studio. The duo's first album, Negro Necro Nekros, was released on Gern Blandsten in 1998 to critical acclaim. The record combined elements of German industrial innovators Einstürzende Neubauten, the rock grit of the Velvet Underground, shoegazer density, and IDM beats with insightful lyrics. Consequently, Dälek were named on Urb's Next 100 list.nn During their relentless tour schedule, the duo met Hsi-Chang Lin (DJ Still) at a college show and asked him to join the group. Dälek spent the next few years on the road, opening for acts like De La Soul, Prince Paul, DJ Spooky, the Rye Coalition, the Dillinger Escape Plan, the Pharcyde, and the Roots. A split EP with Techno Animal appeared on Matador in 2000, and Kid606 collaboration Ruin It was issued by Tigerbeat6 in 2002. Dälek's second full-length, From Filthy Tongue of Gods and Griots, was released on Ipecac Recordings in August 2002. The record expanded their already broad sound and fully realized the group's position beside hip-hop innovators like Antipop Consortium and cLOUDDEAD.nn In 2004, Staubgold issued Derbe Respect, Alder, Dälek's unexpected collaboration with Krautrock legends Faust. This was followed in 2005 by Absence, which brought them their greatest attention to date, and in early 2007, the dark, brooding Abandoned Language came out. In July of that same year Deadverse Massive, Vol. 1: Dälek Rarities 1999-2006, a collection of hard to find or previously unreleased tracks, came out on Hydra Head. A collaborative single with post-rock band My Education was issued by Thirty Tigers during the same month. An EP with New Jersey-based shoegaze group Ifwhen followed on Claire's Echo.nn In 2008, Brooks founded his own label, Deadverse Recordings, and released Oddateee's Halfway Homeless that autumn. That year, as well as completing an extensive European tour, he also finished construction on his private recording facility Deadverse Studios -- a 1,000-square-foot studio located nine blocks away from his apartment in northern Jersey. There, he and Oktopus started meticulously piecing together their fifth album, Gutter Tactics, which was released on Ipecac in January of 2009. An untitled album consisting of a single 44-minute piece recorded in 2005 was issued by U.K. label Latitudes in late 2010.nn Oktopus moved to Berlin that year, and the group became inactive in 2011, although they never issued an official breakup statement. Brooks started a new project called Iconaclass with Carlos Dorticos (aka Dev-One), who had contributed to Dälek's final two albums for Ipecac. The LP For the Ones and the EP I Got It both appeared on Deadverse in 2011. Four years later, Iconaclass released a cassette-only album titled Changing Culture with Revolvers. Also in 2015, Brooks assembled a new lineup of Dälek, with the approval of Oktopus. Rounded out by producer Mike Manteca (of Destructo Swarmbots) and DJ rEK, both of whom had worked on previous Dälek recordings, the trio recorded Asphalt for Eden, which was issued by Canadian metal label Profound Lore in 2016. The group returned to Ipecac for the follow-up, 2017's Endangered Philosophies. ~ Charles Spano u0026 Paul Simpson 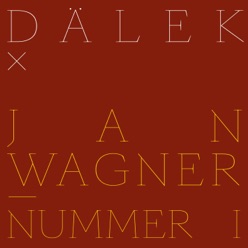 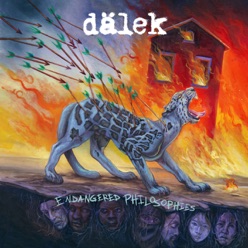 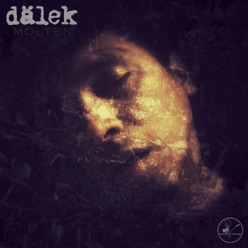