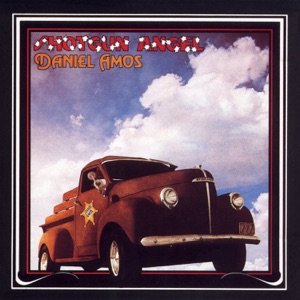 Acerca de Daniel Amos
Founded (for the most part) in 1975, Daniel Amos, or DA (or Da or dä), has been one of the most creative bands in the history of Christian music; indeed, their aggressive creativity and song craftsmanship are seldom paralleled in the whole genre of pop music in general. Led by singer/guitarist/songwriter Terry Taylor, Daniel Amos has been on the forefront of pop music both musically and lyrically, with lyrics exploring the subject of spirituality and the relationship between God and humanity. Starting out as a country u0026 western band in the early to mid-'70s, Daniel Amos -- then comprised of Steve Baxter, Terry Taylor, Marty Dieckmeyer, and Jerry Chamberlain -- had an almost instantaneous live appeal and their popularity and fame spread very quickly among the Jesus Movement scene. In the coming year, Baxter left the group and drummer Ed McTaggart and keyboardist Mark Cook enlisted.nnShortly after the release of their 1977 album Shotgun Angel, the group signed on with Larry Norman's Solid Rock Records and began recording (with new percussionist Alex MacDougall) the album that came to be known as Horrendous Disc. The record was completed by the summer of 1978 and showed the band completely stripped of their country roots with a scorching guitar sound and intelligent, insightful lyrics. But due to apparently little more than foot dragging on the part of Norman, the album was not released until April of 1981. In between 1978 and 1981, the band was exposed to new things happening in the pop music scene, notably the work of Elvis Costello, Talking Heads, and other new wave luminaries. With the release of Horrendous Disc on hold, the band, with no other option, continued playing out and writing new material. MacDougall and Cook left, waiting for their record to come out of the can. By early 1981, the group began recording Alarma!, a quirky, almost sinister collection of songs that included a two-page libretto of sorts called The Alarma! Chronicles. Songs were new and fresh; unlike anything anyone had heard before. Alarma! was released just six weeks after Horrendous Disc in June of 1981, featuring the band on the cover with their eyes airbrushed out. Three other Alarma! Chronicles! records were to follow.nnBy 1987, the band had shortened their name from Daniel Amos to the monosyllabic Da and released what many call their greatest work, Darn Floor Big Bite. Experimental guitar work and superb intellectual songwriting were featured from every angle on this brilliant record. New guitarist/multi-instrumentalist Greg Flesch brings a lot to the table here. Disappointing record sales and a virtually non-existent response from radio called for a change in plans; specifically a two-year hiatus as an alter-ego band, the Swirling Eddies. Four Daniel Amos records were released in the 1990s. Kalhoun, issued in 1991 (under the name dä), shows the band louder and harder than they ever had been, with political lyrics and a sort of mockery of wide-eyed doomsayers. Their next record, Motor Cycle (1993), visits the land of psychedelia with tape loops, trippy lyrics, and incredibly catchy pop hooks; those who do not feel Darn Floor is their greatest work toss that honor to Motor Cycle. A harsher, more abrasive record came the following year in the form of their next work, Bibleland; recorded at maximum volume in nearly one take. A thematic work followed in 1997 entitled Songs of the Heart. After many recordings and extensive touring by Taylor's "side project," the Lost Dogs, Daniel Amos finally returned after a seven-year absence with another recording crafted in the manner of Darn Floor Big Bite, entitled Mr. Buechner's Dream; it is a double-CD set featuring 33 songs. ~ Mark W. B. Allender 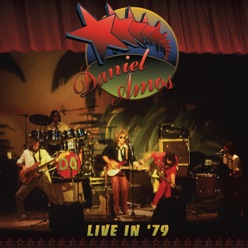 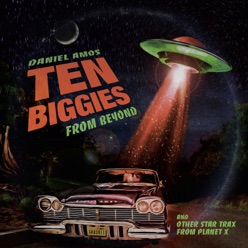 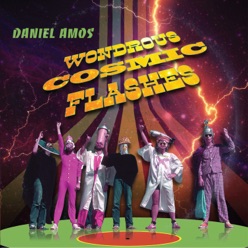