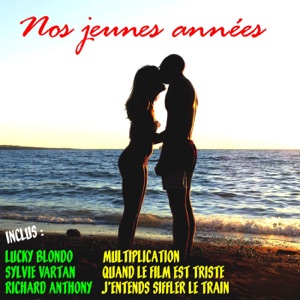 Acerca de Danyel Gérard
b. 7 March 1939, Paris, France. Gerard spent much of his childhood in South America but he was a Parisian student when taken under the wing of Lucien Morisse, a Gallic equivalent of UK svengali Larry Parnes. Gerard’s debut single, a 1958 adaptation (in French) of the nursery rhyme ‘Billy Boy’, can be cited as the country’s first original attempt at rock ‘n’ roll. Its singer’s continued commercial prosperity was stifled by national service in Great Kubylie. During this two-year absence, he was overtaken by Johnny Hallyday, Eddy Mitchell and other newer icons. Demobbed, he regained lost ground with ‘La Leçon De Twist’ and a translation of Pat Boone’s ‘Speedy Gonzales’. The adoration of his female fans might have palled when he became engaged to chanteuse Christine LeBail, as his subsequent cover version of Ben E. King’s ‘I (Who Have Nothing)’ followed by ‘Il Pleut Dans Ma Maison’ and ‘D’Accord D’Accord’ were only moderate hits. Nevertheless, self-managed by that point, he ploughed back his earnings into a lucrative production company, and forged a second career as a songwriter, with Marie LaForet’s ‘Les Vendanges De L’Amour’ and Herve Villand’s ‘Mourir Ou Vivre’ being among his successes.