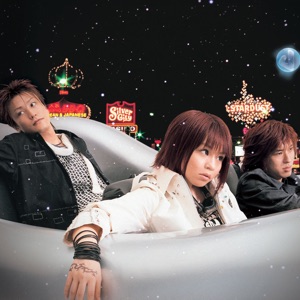 FORMACIÓN
2002
Acerca de Day After Tomorrow
With producer Mitsuru Igarashi of Every Little Thing at the helm, it is unsurprising that Day After Tomorrow fit the standard J-pop mode so snugly. This template, set by the likes of Igarashi's Every Little Thing and Do as Infinity in the late '90s/early 2000s, saw a wide-eyed, fresh-faced female vocalist (if she wrote the lyrics, that was a bonus) backed by two experienced musicians penning the music. In Day After Tomorrow's case, the vocalist/lyricist was the perpetually pubescent-looking cutie Misono Koda; the musicians behind her were guitarist Masato Kitano and keyboardist Daisuke Suzuki.nn Musically, Day After Tomorrow very much fit the J-pop standard too, mining cheesy '80s pop, hard rock (check out Kitano's guitar breaks) and Eurobeat. Misono Koda may be the younger sister of J-pop star Kumi Koda, but it was Misono who first made an impact on her country's pop scene when her group's debut single "Faraway" launched the band to fame in 2002. (Although elder sister Kumi started her recording career in 2000, she didn't score a hit until 2003.) Misono was chosen after taking part in an audition organized by the Avex record label. She was 15 years old at the time. Three days after the release of "Faraway" and Day After Tomorrow (also known as "DAT") were playing in front of 30,000 people as part of the A-nation Avex Summer Festa 2002. They also performed a secret live show at the center of Tokyo's youth culture in Harajuku and played in South Korea. A second mini-album followed before the group won the industry Newcomer of the Year award at the Japan Record Awards -- five months after the band's debut. In 2003, Day After Tomorrow lived up to their commercial promise by entering the Oricon charts at number three with their debut album Elements. The album was a predictable mixture of up-tempo synth-pop and ballads. In the same year the band scored a huge hit with the track "Starry Heavens," taken from the three-track single "Moon Gate." The single stayed in the Top Ten for five weeks. Following the release of second album Primary Colors, Day After Tomorrow withdrew from the public eye. The silence was ended with the release of the single "Lost Angel," which would be the band's last Top Five hit. There was still time for them to release their third and final album Day Alone -- the cover of which saw Misono bizarrely mounting a sleepy looking elephant -- before the band split in 2005. Staying with the Avex label and going in a rockier direction, Misono has since pursued a solo career. ~ David Hickey 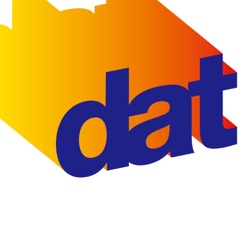 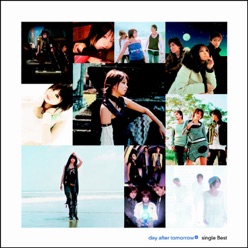 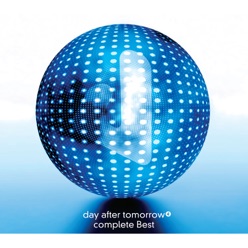