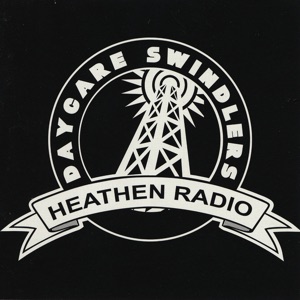 Acerca de Daycare Swindlers
Ska-punk outfit the Daycare Swindlers was formed on the campus of George Mason University in 1994 by bassist Mike "Frogger" Shotton and drummer Mark "Blasto" Reiter; later joined by guitarists Mark 'Scrote' O'Connor and "Suga-Dick" Jeffries, the group cycled through several vocalists before the addition of frontman Noah "Noodle" Waggener in 1996. The Daycare Swindlers' debut album was self-released in 1998, and reissued on VileBeat the following year. Testostarosa followed in 2000, and In Loving Memory dropped in 2001. Amid this flurry of releases the DC Swindlers toured throughout the Mid-Atlantic region and the East Coast at large. Their hard work paid off in 2002 when the band signed a new contract with Go-Kart Records, the hardcore/punk label out of New York City. Go-Kart issued Heathen Radio that same year. 2003 saw the release of This Is No Way to Make a Living, a retrospective of the Swindlers' Vile Beat years that included previously unreleased material. ~ Jason Ankeny