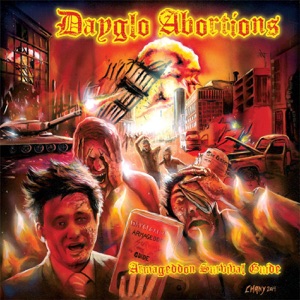 ORIGEN
Victoria, British Columbia, Canad
Acerca de Dayglo Abortions
The controversial heavy metal group Day Glo Abortions formed in Victoria, British Columbia, around the early '80s. The band's music is a mixture of punk, heavy metal, and alternative rock. The lyrics to their tunes, as well as many of the titles of the group's songs, are only for mature audiences. Even in the band's homeland, there have been court hearings on obscenity charges brought against the record company that released some of Day Glo Abortions' albums. The charges included possession and distribution of obscene material, not only from the lyrics of the group's songs, but also their album covers.nnDay Glo Abortions recorded over a half-dozen full-length albums from their inception in 1988. Some of the contentious tracks from these offerings included alternative numbers like "Feed Us a Fetus," "Kill Johnny Stiff," "Homophobic Sexist Cokeheads," and "Drugged and Driving." ~ Charlotte Dillon 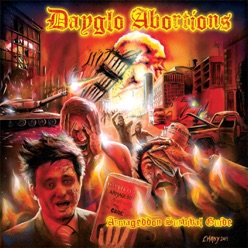