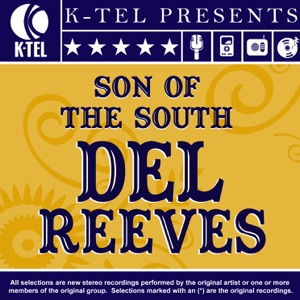 CIUDAD NATAL
Sparta, NC
NACIMIENTO
14 de julio de 1933
Acerca de Del Reeves
Del Reeves enjoyed a run of success on the country charts during the latter half of the '60s, often penning his own material as well. He was born Franklin Delano Reeves in Sparta, NC, in 1933; the youngest of 11 children, he learned guitar by borrowing his brothers' instruments while they were serving in World War II. He was a local radio star by age 12 and later attended Appalachian State College and served in the Air Force, which led to a relocation to Sacramento. There he became a regular on The Chester Smith Show from 1958-1961, after which he moved to Nashville and began recording for Decca (his first chart single was 1961's "Be Quiet Mind"). He and his wife also became a professional songwriting team, contributing material to Carl Smith, Rose Maddox, Roy Drusky, and Sheb Wooley. Short stints at Reprise and Columbia preceded Reeves' signing with United Artists, where he landed his first number one hit, "Girl on a Billboard," in 1965. Its follow-up, "The Belles of Southern Bell," made the Top Five, and "Women Do Funny Things to Me" reached the Top Ten in early 1966. Three more songs -- "Looking at the World Through a Windshield," "Be Glad," and his signature tune, "Good Time Charlie's" -- made the Top Five over 1968-1969, and he cut a series of duets with Bobby Goldsboro and Penny DeHaven over the next several years. He also returned to the screen, hosting Del Reeves' Country Carnival on television and appearing in several feature films during the late '60s. His last big Top Ten hit came with 1971's "The Philadelphia Fillies," but he continued to record for United Artists through the '70s, cutting some more duets with Billie Jo Spears in 1976. He departed in 1979 and later became a music executive, playing a role in the signing of Billy Ray Cyrus. ~ Steve Huey 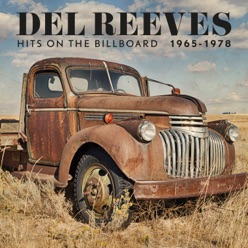 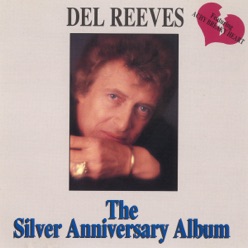 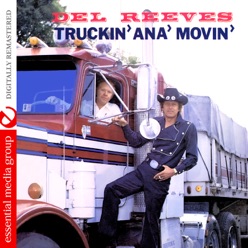