ORIGEN
Stockholm, Sweden
FORMACIÓN
2006
Acerca de Demonical
Formed by members of long-running death metal band Centinex, bassist Martin Schulman, drummer Ronnie Bergerståhl, and guitarist Johan Jansson came together in 2006 to form Demonical after the demise of their old band. Recruiting singer Ludvig Engellau, the band began to craft its old-school death metal sound. With a blunt approach that puts an emphasis on heaviness and raw brutality over technical acrobatics, the bands sound harks back to the thrash-influenced sound of early death metal. In 2007, the band released its debut album, Servants of the Unlight, on Cyclone Empire. Later that year, Engellau left the band and was replaced by Sverker Widgren. The following year, Demonical hit the studio again, and in 2009 released their follow-up album, Hellsworn. After heading out on the road for a year, the band returned home to work on its third album at Necromorbus studio, eventually releasing Death Infernal in the summer of 2011. ~ Gregory Heaney 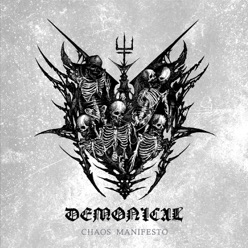 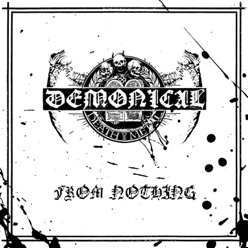 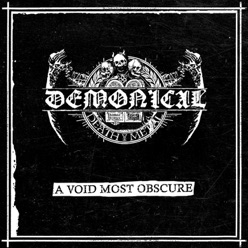