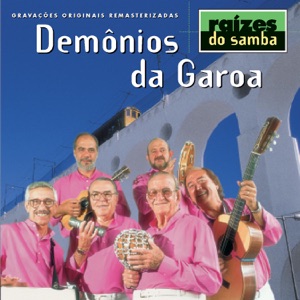 Acerca de Demônios da Garoa
The Demônios da Garoa recorded 26 78 albums and, in total, 67 singles, LPs, and CDs, enjoying massive national popularity in the '50s and '60s with a revival in 1994. Mentioned in the 1994 edition of the Guiness Book of Records as the oldest popular music group in activity, they completed 58 years of work in 2001. Interpreting the samba done in São Paulo with a very peculiar style, they chronicle the way of life of Brazil's biggest metropolis and its characters as seen by a common person of the streets, where the corrupted Portuguese of the São Paulo state redneck and of the Italian descent paulistano perform a prominent role.nn They formed in São Paulo in 1943 as Grupo do Luar, playing as amateurs in parties and serenatas. They opened in radio that same year in March at a novice show at the Rádio Bandeirantes. As the group won a radio contest, they were hired by Emissoras Unidas. The initial formation was Francisco Paulo Gallo (tam-tam), Artur Bernardo (violão), the brothers Cláudio Rosa (pandeiro) and Arnaldo Rosa (the oldest one, 15 at the time, percussion/vocals), and Antônio Gomes Neto (violão tenor). Gallo and Cláudio departed after a while and Artur died in 1955. In 1949, the group's recording for the folkloric "Mulher Rendeira" was included in Lima Barreto's film O Cangaceiro. The first 78 had the balanceio "Siri Malvado" (Jair Gonçalves) and the maracatu "Rio Verde" (Antônio Diogo/Juraci Rago). It was released in June 1950. In 1951 and 1952, they won the Carnival contest of the city of São Paulo with two Adoniran Barbosa sambas, "Malvina" and "Joga a Chave" (with Osvaldo Molles). The history of Barbosa and the Demônios is intertwined, as the Demônios made the basis of their repertory from Barbosa's compositions. The first recordings of Barbosa's later megahits "Saudosa Maloca," "Samba do Arnesto," and "Trem Das Onze" were by the Demônios. "Saudosa Maloca" and "Samba do Arnesto" were performed for the first time in 1954 at the Rádio Nacional (São Paulo) and recorded in the next year. In 1958, the group participated in the film Vou Te Contá (Alfredo Palácios), and, in the next year, in Dorinha No Society (Geraldo Vietri). In 1958, they recorded the first 8" LP, Saudosa Maloca (Odeon), which had two hits with "Iracema" and "As Mariposas." In 1964, they presented "Trem Da Onze" (Adoniran Barbosa) at the Rio de Janeiro Carnival contest, winning the competition. They continued to record extensively during the '60s, '70s, '80s, and '90s. In 1993 and 1994, they entered the Guiness Book of Records as the oldest popular musical group active in the world (in 1993 just as the oldest group in Brazil). The Demônios da Garoa continue their activities with the following formation: Arnaldo Rosa (afoxê), Sérgio Rosa (Arnaldo's son, pandeiro), Antônio Gomes Neto, the Toninho (violão tenor), Ventura Ramirez (seven string violão), Osvaldinho da Cuíca (cuíca) and Sidney Cláudio Thomazzi, the Simbad (cavaquinho). Demônios da Garoa - 50 anos (Warner, 1994), commemorating 50 years of activity, was awarded with the Prêmio Sharp and had the hit "Seu Querer" (Sílvio Mury/Bembeco). The group also was paid homage by São Paulo's municipality, which instituted the Demônios da Garoa Week. In 2000, the group recorded the CD Mais Demônios do Que Nunca. ~ Alvaro Neder 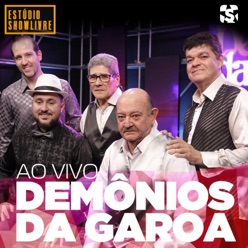 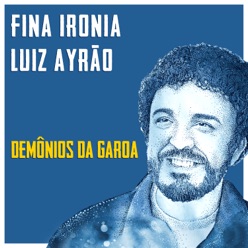 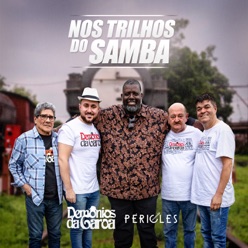