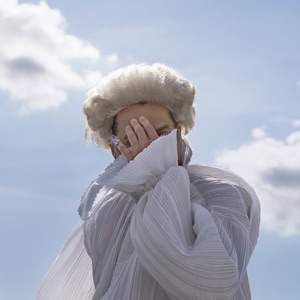 ORIGEN
Hamburg, Germany
FORMACIÓN
1992
Acerca de Die Sterne
Die Sterne are one of the more influential bands to arise from the Hamburger Schule (i.e., Hamburg school) of German rock. Like most of their peers, they're hard to pin down stylistically, as they draw from post-punk, new wave, and funk as well as contemporary indie sounds (primarily pop, rock, and electronica). They're perhaps best differentiated by their attitude, which is upbeat and quirky, with an inclination toward colorful expression. There's also a funky and slightly danceable undertow to the band's style of rock music that makes it especially inviting. Consequently, their music is fun and broadly appealing -- creative enough for critical appreciation, if not accessible enough for pop crossover. Die Sterne reached their commercial apex in the late '90s; Wo Ist Hier (1999) was the band's highest-charting album, peaking at number 27 on the German album chart, though Posen (1996) and Von Allen Gedanken Schätze Ich Doch am Meisten die Interessanten (1997) tend to be more generally revered in hindsight. Die Sterne slowed their output after the turn of the century, switching distribution from Epic/Sony to V2/EMI and losing some of their commercial clout in the process, partly because of their decreased level of activity and partly because of their stylistic experimentation. Back catalog reissues such as Wichtig + Fickt das System (2004) and Die Interessanten: Singles 1992-2004 (2004) kept pace with new album releases during this period. Though Die Sterne didn't debut in their present form until 1992, singer/guitarist Frank Spilker had been active in the Hamburg rock scene for years as a solo artist, affiliated with the seminal label Fast Weltweit in the mid-'80s, during which time he coined the band name for himself and released a couple 7" singles as such (Ein Verregneter Sommer [1987], In Einer Nacht Wie Dieser [1988]). Songs from these singles were featured on a pair of 1988 Fast Weltweit compilations, Der Rote Cassetten-Sampler and Der Blaue Cassetten-Sampler, alongside music from Jetzt! (Michael Girke), Der Fremde (Achim Knorr), Die Bienenjäger (Jochen Distelmeyer, Thomas Wenzel), Die Time Twisters (Andreas Henning, Jürgen Jahn, Frank Jacobs), and Bernadette Hengst (Bernadette La Hengst). Following the dissolution of Fast Weltweit in the wake of the aforementioned cassette samplers, Spilker assembled a band to accompany him in Die Sterne. Besides himself on vocals and guitar, the band included Thomas Wenzel (bass, vocals), Frank Will (keyboards), and Christoph Leich (drums). A 12" EP, Fickt das System (1992), marked the band's debut, released by the influential independent Hamburg-based label L'Age d'Or (aka Lado). A full-length album, Wichtig (1993), followed, commencing a steady stream of full-lengths throughout the remainder of the decade: In Echt (1994), Posen (1996), Von Allen Gedanken Schätze Ich Doch am Meisten die Interessanten (1997), and Wo Ist Hier (1999). Moreover, each of these albums was accompanied by numerous maxi-singles well stocked with versions and remixes. In terms of compilations, Stell die Verbindung Her (1998), an album comprised of cherry-picked songs from Posen and Von Allen Gedanken, was released internationally, and Unter Geiern (1995) was a two-fer comprised of Wichtig and In Echt. During the mid- to late '90s, Die Sterne grew steadily in popularity. They charted better with each album release and eventually reached number 27 on the German album chart with Wo Ist Hier in 1999. This rise in popularity was partly on account of a major-label distribution deal with Epic/Sony from 1996 to 1999, beginning with Posen. It was also partly on account of the band's concert performances, which notably included a North American tour in 1998 sponsored by Das Goethe-Institut, an international German language school. Such popularity gave the bandmembers license to experiment. Will and Wenzel contributed music to the soundtrack of the film Der Strand von Trouville, while Spilker and Leich contributed to the film Dunckel. Plus, Wo Ist Hier, the band's final album with Sony, was a major stylistic departure from previous releases, showcasing a willingness to experiment freely with electronics -- to the dismay of some fans who felt the band had outgrown its roots.nnIn the early 2000s Die Sterne took a rest, releasing nothing whatsoever in 2000 or 2001, not even a maxi-single. Keyboardist Frank Will left the band during this period and was replaced by Richard von der Schulenburg, who also maintained a semi-regular solo career. Upon signing a distribution deal with V2/EMI, Die Sterne then mounted a return to the marketplace in 2002, releasing first the Nur Flug EP, followed by the Irres Licht album. A concert tour accompanied the album release, and Live im Westwerk (2003) captured one of the band's performances from this tour for posterity. In 2004 Die Sterne returned with another EP and album, In Diesem Sinn and Das Weltall Ist zu Weit, respectively. Also in 2004 the band, in conjunction with Rough Trade, reissued its debut album and EP as Wichtig + Fickt das System and issued the CD/DVD compilation Die Interessanten: Singles 1992-2004. Die Sterne then returned to the studio in time and recorded Räuber und Gedärm (2006), which was warmly greeted by fans and critics and was more commercially successful than their previous effort. ~ Jason Birchmeier 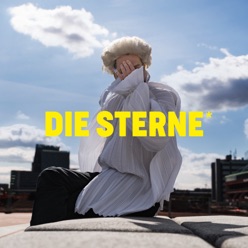 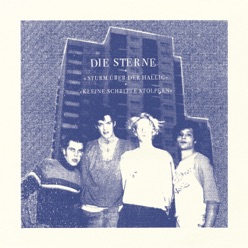 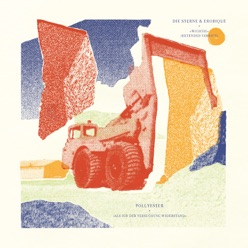