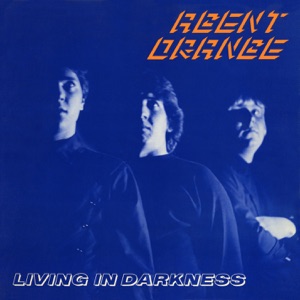 ORIGEN
Fullerton, CA
FORMACIÓN
1979
Acerca de Agent Orange
Orange county punk trio Agent Orange were the pioneers of surf punk, melding the guitar figures of classic surf music with the fast-and-loud attack of hardcore punk rock, and they became one of the truly enduring bands in the West Coast punk community. Formed in 1979 by guitarist and vocalist Mike Palm, they became one of the leading acts in West Coast punk with the release of the single "Bloodstains" in 1980, which received extensive radio support from iconic DJ Rodney Bingenheimer. The group's debut album, 1981's Living in Darkness, became a touchstone in the skate punk underground, and 1986's This Is the Voice found them adding some polish to their sound without robbing their music of its intensity. The group's recording activities dropped off in the mid-'90s after the release of 1996's Virtually Indestructible, but Palm kept Agent Orange busy as a live act well into the 2010s, touring the world and pleasing fans despite numerous lineup changes.nn Agent Orange was formed in Placentia, California in 1979 by guitarist Mike Palm, a musical omnivore whose early influences included vintage surf music, heavy metal, and '50s and '60s rock. Emboldened by the rise of punk rock, Palm began consolidating his tastes into a meld that fused the style of classic sounds with the impact and velocity of punk. Teaming with bassist Steve Soto and drummer Scott Miller, Palm assembled the first edition of Agent Orange (the name was a dual reference to the notorious defoliant used by the United States military in Vietnam and the group's home in California's Orange County). In 1980, the trio self-released their debut single, "Bloodstains" b/w "America" and "Bored of You." Thanks to frequent spins on Bingenheimer's KROQ radio show, "Bloodstains" became a favorite in the Southern California punk community, and the band struck a deal with the independent Posh Boy label to cut their first full-length album, 1981's Living in Darkness. By the time Agent Orange cut the LP, Steve Soto had left the group to form the Adolescents, and James Levesque took over on bass. Living in Darkness spread the word about the band's skate-friendly surf/punk sound, and Posh Boy pulled a single from the album, "Everything Turns Gray," backed with a revved-up cover of the Chantays' "Pipeline." 1982 saw the release of Bitchin' Summer, a four-song EP featuring covers of four classic surf instrumentals.nn In 1983, Agent Orange jumped from Posh Boy to a larger and better distributed indie, Enigma Records, and brought out the EP When You Least Expect It, which featured two originals and two covers, including their take on Jefferson Airplane's "Somebody to Love." While Agent Orange remained active as a live band, it would be three years before they released another recording, their second full-length album, 1986's This Is the Voice, which boasted slicker production and a poppier sound than their previous efforts. Agent Orange were never an especially prolific recording act, and it would be 1991 before another album appeared, a live recording titled Real Live Sound. During the downtime between This Is the Voice and Real Live Sound, Scott Miller and James Levesque both left the group, and bassist Brent Liles and drummer Derek O'Brien signed on. In 1991, O'Brien dropped out, and Scotty Lund took over behind the drums, while Sam Bolle preplaced Liles on bass in 1992. In 1996, Agent Orange released their third studio album, Virtually Indestructible, released by the Gunka Disc label. The album featured drummer Charlie Quintana (formerly of the Plugz and Social Distortion) taking over for Scotty Lund, though Steve Latanation would step in after Quintana's departure in 1997.nn In 2000, Agent Orange returned with Greatest u0026 Latest, which collected live and studio recordings of original songs as well as tunes from their back catalog. The album was reissued in 2004 as Blood Stained Hitz, and was recycled again in 2008 as Surfing to Some F#*ked Up S@!t, with the addition of a cover of Metallica's "Seek and Destroy." In 2004, there was another turnover in the rhythm section with the arrival of bassist Bruce Taylor and drummer Dusty Watson. In 2006, bassist Perry Giordano came on board after Taylor moved on, and Dave Klein succeeded Watson as drummer in 2009. In 2003, Agent Orange's Enigma Records material was reissued in a two-CD set titled Sonic Snake Session. Liles died in 2007 after being hit by a truck, Levesque passed in 2014, and Quintana lost his life after struggling with emphysema and heart disease in 2018. ~ Mark Deming 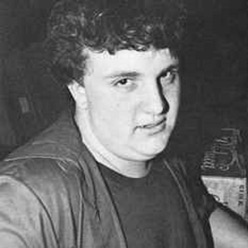 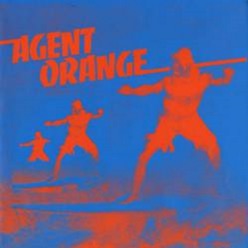 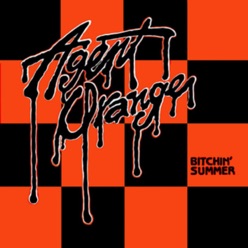