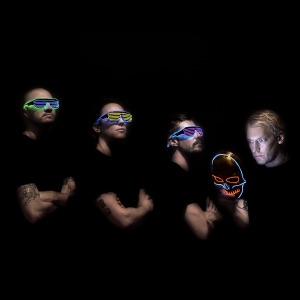 ORIGEN
Milwaukee, WI
FORMACIÓN
2007
Acerca de Direct Hit!
A Milwaukee-based pop-punk unit that specializes in tight, fist-pumping anti-anthems in the vein of Sum 41 and the Vandals, Direct Hit! was founded in 2007 by singer/guitarist Nick Woods. Prior to the project's formation, Woods was handling guitar duties for Madison-based indie rockers the Box Social. The impetus of Direct Hit! was to forgo the usual rigamarole of releasing an album every couple of years and just concentrate on singles and EPs, comic book style, which the band did vigorously between 2008 and 2010. In 2011, they issued their first full-length, Domesplitter, which featured re-recorded versions of material from their early EPs. A series of splits followed, and in 2013 they inked a deal with Red Scare and released the apocalypse-driven concept album Brainless God. The album was well received, and spawned an accompanying album-length short film that was released in chapters via media sites like Vice and The Onion's A.V. Club. Settling on a lineup consisting of Woods, Danny Walkowiak, Devon Kay, and Steve Maury, Direct Hit! signed with Fat Wreck Chords and released their much anticipated third studio long-player, Wasted Mind, in 2016. It was followed in early 2017 by a Fat Wreck-reissued vinyl edition of Direct Hit!'s debut, Domesplitter, with newly designed artwork. ~ James Christopher Monger 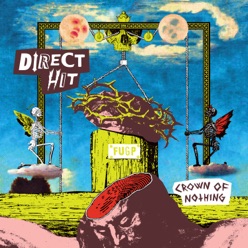 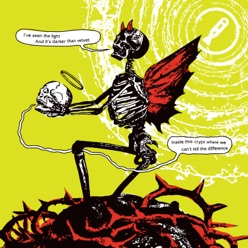