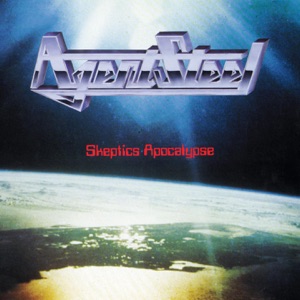 Acerca de Agent Steel
California's Agent Steel began as something of an anomaly, treading the murky waters between traditional melodic metal and more aggressive thrash. Too hard for Judas Priest's fans, too soft for Metallica's, the band initially wound up striking out with both camps, and continual internal turmoil soon brought their career to a halt at the close of the 1980s, although a new incarnation of the band resumed its speed and thrash metal assaults a decade later.nnLike many aspiring metal gods of the 1980s, Brazilian-born John Cyriis (aka John Camps) was a product of the famed California Guitar Institute of Technology, the higher-learning facility whose hallways had become flooded with Edward Van Halen disciples at the start of the decade. By 1983, the Los Angeles club scene was teeming with all manner of heavy metal activity, and after graduation, Cyriis put in short apprenticeships as guitarist and singer with numerous local acts, most notably Sceptre and thrash hopefuls Abbatoir. He then set out on his own, starting a band with guitarists Mark Marshall and Bill Simmons, bassist George Robb, and drummer Chuck Profus called Sanctuary, soon renamed Agent Steel. Enamored with the vocal acrobatics of Judas Priest's Rob Halford, Cyriis steered the group away from the popular thrash leanings of the day and toward a more conventional, melodically charged style of heavy metal, the better to back up his flamboyant voice. A demo tape entitled 144,000 Gone was recorded in the summer of 1984 and led to a deal with Combat Records, after which both guitarists departed (Marshall later formed Savage Grace) and were replaced by new recruits Kurt Colfelt and Juan Garcia, himself another Abbatoir alum.nn This lineup released 1985's highly accomplished Skeptics Apocalypse album (actually, a retooled work-in-progress EP entitled Operation Redeye), which saw Agent Steel attempting to reconcile their precise, Iron Maiden-like guitar harmonies with the frenzied rush of speed metal -- not to mention Cyriis' trademark high-pitched operatic wailing. Though hardly a commercial success, the album was given favorable reviews by many of the day's major metal magazines, but from the very start, the band's unorthodox formula seemed to polarize fans and critics alike into distinct love/hate camps. This love/hate relationship was also becoming the norm within the Agent Steel ranks, as bandmember after bandmember invariably found himself at odds with the tyrannical Cyriis. Colfelt was the next to quit, going on to form cult favorites Holy Terror, and the hastily recorded Mad Locust Rising EP (issued in early 1986) featured bass player Michael Zaputil and young guitar prodigy Bernie Versailles (later of Fates Warning).nn Barely pausing for breath, Agent Steel spent much of that year alternating spells of touring (with the likes of Anthrax and Overkill, as well as a set of European festival gigs) and studio work on their next album, to be titled Unstoppable Force. Mostly recorded at Tampa's soon to be legendary Morrisound Studios, the album was shopped to major Capitol Records, who were extremely interested in the band, having only recently bought out the contract of another Combat signing, Dave Mustaine's Megadeth. But a series of miscues, including another major band schism -- Cyriis and drummer Profus impulsively decided to relocate to Florida, prompting the rest of the musicians to quit -- and an ill-advised last-minute demand for more money by the group's management scared off Capitol. As a result, Unstoppable Force was released by Combat after all, and after drafting ex-Nasty Savage bassist Richard Bateman and guitarists Jay Weslord and James Murphy (later with Obituary, Death, and Testament, among many others), Agent Steel set off on tour across Europe with Nuclear Assault. This proved to be their last stand, however, and they officially broke up shortly after returning America -- though an in-concert video taped at the band's final Hammersmith Odeon show was eventually released in 1989. Since then, except for a bizarre incident where he was allegedly arrested for acts of devil worship in Phoenix, AZ, John Cyriis has maintained a relatively low profile.nn Years later, onetime guitarist Juan Garcia eventually decided to transform his then band, Evildead, into a new version of Agent Steel, also featuring singer Bruce Hall, bassist Karlos Medina, and past members Versailles and Profus. A new album entitled The Omega Conspiracy was released in 1999, but the band was reportedly forced to change its name after facing the potential threat of legal action from Cyriis. This version of Agent Steel thus assumed the moniker Order of the Illuminati, but wrangling over the band name was soon a thing of the past, and the group resumed its thrashings under the Agent Steel moniker, giving the name Order of the Illuminati to its 2003 CD release. Later that year, Agent Steel issued the Earth Under Lucifer EP, and in 2007 the band returned with Alienigma on the Mascot Music label. Agent Steels most recent lineup has featured Garcia, Versailles, and Hall along with bassist Robert Cardenas and drummer Rigo Amezcua. ~ Eduardo Rivadavia 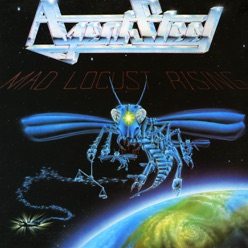 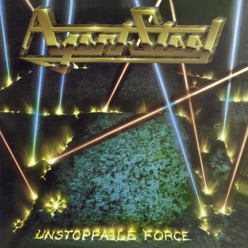 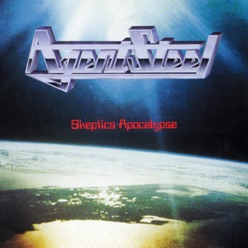