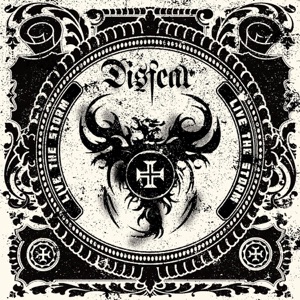 Acerca de Disfear
One of the many bands who took the (often overlooked) sounds of legendary punk/metal hybrid act (also referred to as the godfathers of the D-Beat sound) Discharge to heart, Disfear started out as Anti-Bofors in 1989. While the Nykoping, Sweden band would go on to weather a few line up changes and periods of relative inactivity, Disfear would build momentum with each release (and, in some cases, with roster additions) to become one of Europe's premier punk metal hybrid band of the 21st century. Anti-Bofors released one solitary 7-inch, before taking on the Disfear moniker in time for their 1992 self-titled debut EP. While their 1993 EP, A Brutal Sight of War, was critically well-received, it was to be the 1995 full length, Soul Scars that was to bring them fully into the limelight of their genre, touring with groups with such luminaries as GBH, DRI, and Doom. The album was their only full length release for Distortion, and in 1997, the band signed with Osmose to release their sophomore album, Everyday Slaughter. 1998 was to be a year of great change for Disfear, however, as on the one hand they lost vocalist Jeppe Lerjerud, but -- on the other -- gained a vocalist who had not only the vocal chops to deliver on the sound the band was pummeling audiences with, but also a pedigree relatively unmatched by most in Sweden at the time. That replacement was none other than the voice of Swedish death metal legends, At The Gates' Tomas Lindberg. The band played a number of shows, including some festival appearances in their new look,' but a new Disfear album was not to be seen until 2003. That year, Disfear released the collection Misanthropic Generation, added a second guitarist in former Entombed member Uffe Cederlund (at this stage, the band's membership was rounded out by founding members Bjorn Peterson on guitar, Henke Frykman on bass with Marcus Andersson on drums), and proceeded to carry on some serious momentum into the following year, playing with Discharge, and playing their first shows on U.S. soil. A tour of the States eventually came about in 2006, as the band was in preparation for their next album, which was recorded in the midst of 2007. The final product of those sessions, which took place in Salem, Massachusetts under the watchful eye of Converge guitarist Kurt Ballou, was the 2008 release Live the Storm. Touring and performance for the new album was stalled a bit in 2008, as Lindberg and his former band, At The Gates, embarked on a multi-nation farewell tour. ~ Chris True 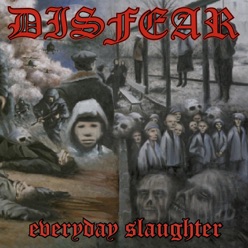 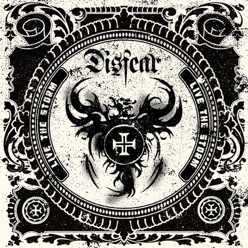 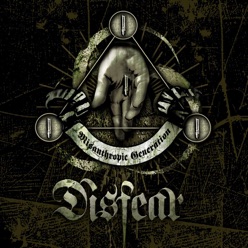