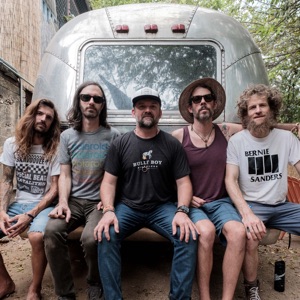 ORIGEN
Middlebury, VT
FORMACIÓN
1996
Acerca de Dispatch
Boston-based rock trio Dispatch emerged in the late '90s, establishing themselves on the college and jam band circuit with albums like 1997's Bang Bang and 1999's Four-Day Trials, which displayed their mix of acoustic pop and folk-rock with occasional reggae and funk influences. Boasting a strong D.I.Y. aesthetic, they amassed a large grassroots following and were early adopters of file-sharing sites like Napster. Not long after their sound began to evolve toward a more expansive electric approach, Dispatch disbanded in the mid-2000s, reuniting occasionally for one-off concerts. They reunited for good in 2011 and made a strong chart showing with their comeback album, Circles Around the Sun. Their sound continued to grow outward in more ambitious directions over subsequent releases like 2017's America, Location 12 and 2018's Location 13.nnMembers Brad Corrigan, Pete Heimbold, and Chad Urmston formed Dispatch while attending Middlebury College in Vermont. The trio made their recorded debut in 1996 with Silent Steeples and returned a year later with Bang Bang. June 2000 saw the release of Four-Day Trials, a fan-friendly album of first takes and live favorites that featured a jammy take on the Beastie Boys' "Root Down." Who Are We Living For? followed that October, and was marked by a more socially conscious tone alongside the band's fun, earthy grooves.nnBy this point, Dispatch had built a sizable East Coast following due to frequent university gigs and a strong Internet presence. The buzz secured the band some national modern rock airplay of the reggae-tinged single "Open Up." They returned in 2001 with Gut the Van, which enjoyed national distribution through the Digital Club Network online store and showcased the band's energetic live act. In 2003, however, the bandmates announced their amicable decision to split up; the following year, Dispatch played what was said to be the band's final concert, a free show that drew upwards of 110,000 fans to the Hatch Shell in Boston. The live album All Points Bulletin documented the event, and the three members subsequently disbanded to pursue other ventures.nn Fans didn't have to wait long for a reunion, however, as Dispatch reunited in the summer of 2007 for a string of benefit concerts. A CD/DVD package, Dispatch: Zimbabwe: Live at Madison Square Garden, was released to commemorate the shows. In 2011, the bandmembers announced that they would be reuniting, playing a series of shows across the United States. Together again, Dispatch released Circles Around the Sun, an album produced by Peter Katis (Interpol, Jonsi, the National), which found the band exploring an expansive new sound after its ten-year hiatus. It was followed in 2013 by the double-disc live album Ain't No Trip to Cleveland, Vol. 1.nn Dispatch then retreated into the studio to begin work on their next album, taking time out to play their second headlining show at Madison Square Garden in July of 2015. That studio effort, America, Location 12, was released in June 2017, and the band set out on tour in support, playing a string of dates in the United States (with Guster) and Europe (with Current Swell). Early 2018 saw the release of the powerful single "Dear Congress, (17)," which arrived just weeks after the mass shooting that took place at Marjory Stoneman Douglas High School on Valentine's Day. In an unconventional move, Dispatch began releasing the individual tracks from their next studio album one by one every few weeks over the summer of 2018. These ten tracks eventually culminated in the full-length release Location 13, which came out in September of that year. ~ Johnny Loftus 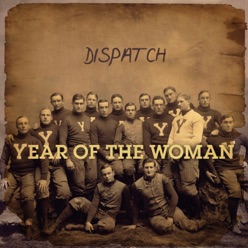 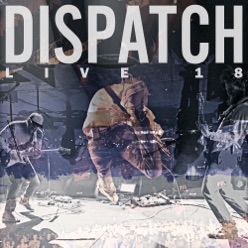 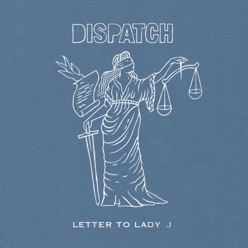