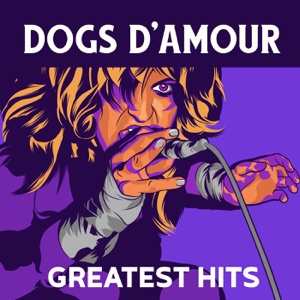 Acerca de Dogs D'amour
As out of control as glam rock got in the late '80s, few artists could top the levels of debauchery and excess achieved by England's Dogs d'Amour. Led by singer, guitarist, songwriter and warped poet Tyla, the group's albums never caught on with a wider mainstream audience, but became cult favorites in their homeland.nnInitially based in Birmingham, Tyla started the band in 1983 with singer Ned Christie, guitarist Nick Halls, bassist Karl Watson, and drummer Bam Bam, before heading to London, where they played their first show on April 12th. When Christie quit later that year, Tyla took over lead vocals before packing the entire band off to Finland (presumably riding the coattails of Europe's most promising would-be glam superstars of the time, Hanoi Rocks). During their short stay, the group released a single, "How do You Fall in Love," followed by their first album The State We're In in September 1984.nnReturning to England early the next year, Dogs d'Amour found themselves playing the same seedy clubs and no-hope gigs as before. Over the next three years, they only managed to squeeze a few recording sessions and the odd high-profile opening slot for visiting stars to go with their never-ending personnel changes. It wasn't until 1988 that a road-tested lineup containing guitarist Jo-Dog, bassist Steve James, drummer Bam, and the ever-present Tyla finally caught a break and signed a record deal with China Records. (Un)authorized Bootleg Album -- a mostly acoustic grab-bag of the previous years' sporadic sessions -- became the band's second album, and their third, the critically acclaimed In the Dynamite Jet Saloon arrived only a few months later, but stalled at Number 97 on the U.K. charts. The all-acoustic A Graveyard of Empty Bottles E.P. followed in March 1989, and in September, the Dogs finally had their breakthrough album, when the cleverly named Errol Flynn was released and climbed to Number 22.nnNow officially England's most notorious and decadent glam rock band, the Dogs d'Amour reeled off another solid, and adequately sleazy follow-up in 1990s ironically titled Straight??!!, but that was when the wheels fell off the wagon. The subsequent tour was troubled by uneven attendance and increasing frustration, on the band's part, over the lack of record company support, particularly in America where Straight??!! had yet to be released. Rising tensions and rampant drug abuse finally came to a head during a Los Angeles show, when Tyla became upset with the evening's apathetic audience. Taking a careless attempt at self-immolation a tad too far, he unwittingly cut a six-inch gash across his chest with a broken beer bottle, and had to be immediately rushed to a hospital. He recovered in time, but the Dogs were another matter.nnA two-year absence ensued, during which Tyla and Jo-Dog moved to Los Angeles; Steve James started a new project called the Last Bandits, and Bam temporarily joined the Wildhearts. The only Dogs d'Amour activity came by way of the late 1991 release of the Dogs Hits and Bootleg Album, combining the band's top singles with their 1988 debut. When Tyla and his charges finally decided to reconvene and honor their deal with China Records, it was without Jo-Dog, who was replaced by ex-Crybabys/U.K. Subs guitarist Darrel Bath. The resulting More Uncharted Heights of Disgrace did nothing to resurrect their ailing fortunes, however, and the group decided to call it quits in October 1994, with Tyla embarking on a solo career with an album fittingly titled The Life u0026 Times of a Ballad Monger. Against all odds, the year 2000 saw another Dogs' reunion -- the lineup being Tyla, Bam, a returning Jo-Dog and new bassist Share Ross -- and a new album, the Japan-only Happy Ever After. ~ Eduardo Rivadavia 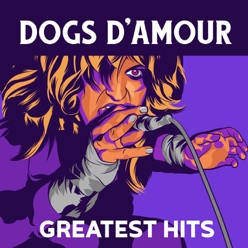 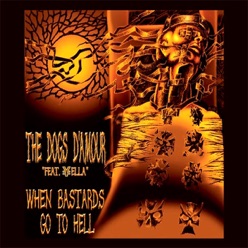 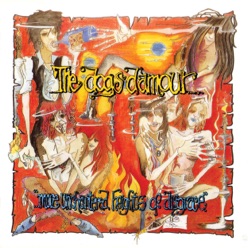