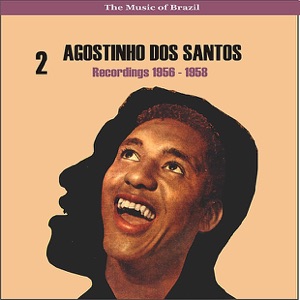 NACIMIENTO
25 de abril de 1932
Acerca de Agostinho dos Santos
Agostinho dos Santos was an important singer and composer, closely linked with the presentation of bossa nova to a broader international audience. He toured through the U.S., Italy, Germany, Portugal, Chile, Uruguay, Argentina, Venezuela, and Mexico, perfoming in the U.S. and in Brazil with Johnny Mathis, and, in Italy, with Caterina Valente. He appeared on TV in France, Portugal, England, and Belgium. Among his compositions, can be mentioned "Forças Ocultas" (with Antônio Bruno), "Sozinho Com Você" (with Dirce Morais/Heitor Canilo), "Chuva Para Molhar O Sol" (with Edison Borges), "Podem Falar" (with Renato Duarte), "Distância é Saudade," and "Quem Levou Maria," among others.nnHis professional debut was as a crooner in Osmar Milani's orchestra. In 1951, he was hired by Rádio América, and, in 1955, by Rádio Nacional (both from São Paulo). The first record came in the same year, with "Meu Benzinho" (Polydor). The song was a hit, yielding a gold record and the Roquette Pinto trophy. He also had a rock u0026 roll experience in the '50s, recording "Até Logo, Jacaré," version by Julio Nagib for "See You Later, Alligator," by Bill Halley u0026 His Comets.nn In the next year, he recorded the LP Uma Voz E Seus Sucessos, dedicated to Tom Jobim and Dolores Duran's songs. The album contained "Estrada Do Sol," which remained as one of his biggest hits. He was then invited by Tom Jobim and Vinícius de Moraes to record the soundtrack (together with João Gilberto) of the Marcel Camus film Orfeu do Carnaval, which launched several of the most famous classics of the soon-to-be bossa nova internationally). In 1958, he released the LPs Antônio Carlos Jobim e Fernando César Na Voz De Agostinho Dos Santos and Agostinho Espetacular. In the following year came O Inimitável Agostinho, in 1960 Agostinho, Sempre Agostinho, and in 1961 Agostinho Canta Sucessos.nn In 1962, he participated in the Carneggie Hall's Bossa Nova Festival, backed by Oscar Castro-Neves's band. In the same year, he released A Presença de Agostinho, followed by Vanguarda (1963), Agostinho dos Santos (1966), Música Nossa (1967), Agostinho dos Santos (1970), and Agostinho dos Santos (1973). In 1968 was present at the III FIC with "Visão" (Antônio Adolfo/Tibério Gaspar). Died in a plane accident at the Orly airport. ~ Alvaro Neder 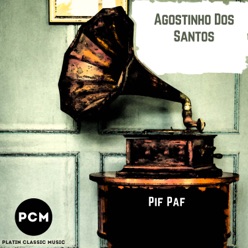 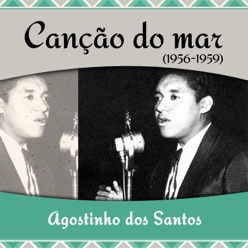 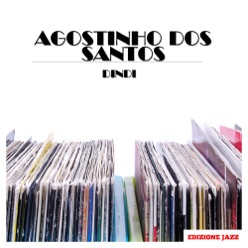