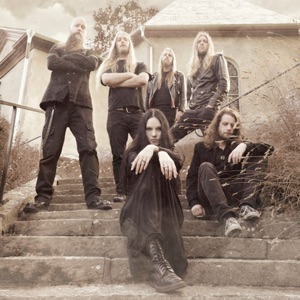 FORMACIÓN
1994
Acerca de Draconian
Originally a three-piece formed in Saffle, Sweden in the spring of 1994, Draconian -- at that time -- went by the name Kerberos, and was a metal band that fused touches of death metal, melodic metal, and a little bit of black metal to round out its sound. At the end of that first year, the band took on vocalist Anders Jacobsson, and with the new setup, changed its name to Draconian. The band's first demo, Shades of a Lost Moon, was released in 1996, and was the result of the group's initial round of songwriting and arranging. A second demo was scrapped in 1997, a fate that also befell their first attempts at creating a debut album, and Draconian continued to hash out their sound on a series of demos. Although an EP was available in 2000 (the two-track Frozen Features), it was the 2002 demo work that went by the name of Dark Oceans We Cry that solidified their sound -- adding the vocal work of Lisa Johansson for starters -- and snagging the band a deal with Napalm Records.nn Finally, after a number of years fine-tuning their sound, Draconian recorded and released their 2003 -- official -- full-length debut, Where Lovers Mourn. After fan support was built with the follow-up album, Arcane Rain Fell, in 2005, Draconian took a rest from recording new material to rework some old material into an album for longtime fans. The collection, entitled The Burning Halo, included work from the Closed Eyes of Paradise demo (dating back to 1999), as well as a handful of new tracks and covers. Finally, in 2007, Draconian got back to the work of crafting album number four (or three, technically speaking). The resulting work, Turning Season Within, was released in 2008, and was quickly followed by the single "No Greater Sorrow." Lisa Johansson made her last recorded appearance with Draconian on 2011's highly celebrated A Rose for the Apocalypse. Their last performance together was at Metal Female Voices in October of that year. The band carried on with Heike Langhans (ex-Inferium); she joined the band in 2012. After being road-tested on the European festival circuit, this version of the band released the full-length Sovran in the fall of 2015. The album featured vocal assistance from Jacobsson and guest Daniel Änghede (Crippled Black Phoenix). ~ Chris True 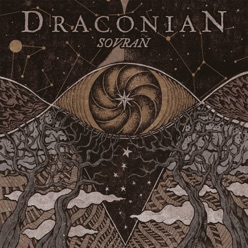 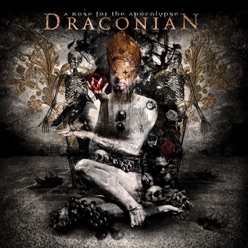 A Rose for the Apocalypse
2011 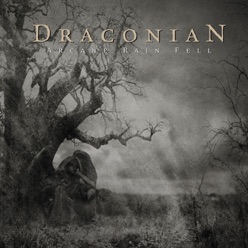