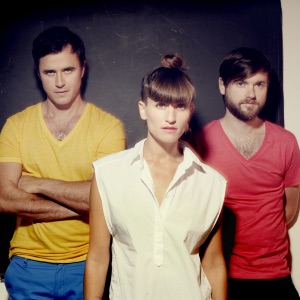 ORIGEN
Toronto, Ontario, Canada
FORMACIÓN
2005
Acerca de Dragonette
Formed by singer/songwriter Martina Sorbara and bassist Dan Kurtz, Canadian electro-poppers Dragonette initially drew comparisons to the Scissor Sisters, No Doubt, and the Killers, thanks to the new wave sheen that dominated their early sound. However, later albums like Bodyparts and the group's international hit collaboration with producer Martin Solveig, "Hello," proved the group had its own confident identity. Prior to the formation of Dragonette, singer and lyricist Martina Sorbara (the daughter of a member of Ontario's provincial government, Finance Minister Greg Sorbara) had maintained a moderately successful solo career as an AOR/adult alternative solo artist in the style of Sarah McLachlan or other delicate neo-folkies; Sorbara's debut solo album, The Cure for Bad Deeds, was released in 2002. She has since disparaged her former Lilith Fair-style musical efforts with the pungent phrase "tampon music"; just as notoriously, her father dismissed Dragonette in a quote to the Scottish newspaper The Daily Record as a "market-driven" phase that was "part of the raciness of current popular culture."nnSorbara founded Dragonette in 2005 with Kurtz (formerly of the jazz and electronica-influenced Toronto-based jam band the New Deal), guitarist Simon Craig, and drummer Joel Stouffer. A self-released and self-titled demo that year attracted the attention of the U.K. office of Mercury Records, which offered the group a recording contract the following year. Moving their base of operations from Toronto to London (and losing Craig in the process, replaced by British guitarist Will Stapleton), Dragonette released their first single, "I Get Around," in April 2007. Three more singles followed, "Take It Like a Man," "Competition," and a gender-reversal cover of Calvin Harris' hit "The Girls" called "The Boys." Dragonette's debut album, Galore, was released in late summer 2007. The same year, Sorbara sang the lead vocals on the hit Basement Jaxx single "Take Me Back to Your House." Galore was released in the U.S. in 2008 via I Surrender Records.nn The band's second album, Fixin' to Thrill, a more focused and polished effort that charted in Canada's Top Ten, arrived in 2009 and earned a nomination for Dance Recording of the Year at the 2011 Juno Awards. The following year, Dragonette released the Mixin' to Thrill remix album and collaborated with several dance producers on singles such as Kaskade's "Fire in Your New Shoes," Don Diablo's "Animale," and, most notably, Martin Solveig's "Hello." The single, which appeared on Solveig's 2011 album Smash, became a worldwide hit, topping the charts in five countries, reaching the Top Ten in ten other countries, and topping Billboard's Hot Dance Club chart in the U.S. early in 2011 (the song ultimately earned the group a Juno for Dance Recording of the Year in 2012).nn In 2011, Dragonette co-wrote and produced the song "Lucky Day" for Girls Aloud member Nicola Roberts' solo album Cinderella's Eyes, and returned to the studio to work on their third album. Released in 2012, Bodyparts was the first Dragonette album to be produced by the band, as well as the first to be released in Canada and the U.S. at the same time. The band followed it with several years of singles and collaborations, including a 2013 cover of the Mister Rogers' Neighborhood theme song "Won't You Be My Neighbor?" that appeared in Target Canada commercials. Later, team-ups with Mike Mago, LENNO, Joey Stylez, Paul Harris, and Big Data kept them busy in 2014 and 2015. Dragonette issued the single "Let the Night Fall" in June 2015, offering the first taste of their fourth album. Royal Blues, which was inspired in part by Sorbara and Kurtz's separation. It was released in November 2016 and featured production work by Mago and U.K. producer Dada. ~ Stewart Mason 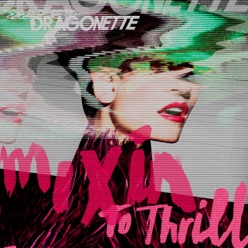 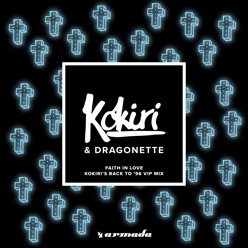 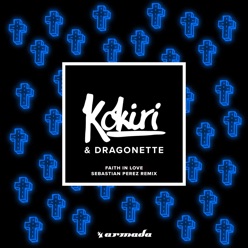