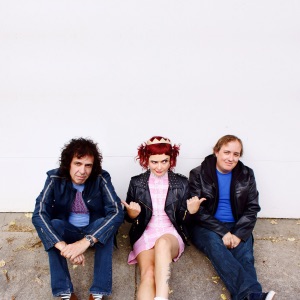 ORIGEN
Denver, CO
Acerca de Dressy Bessy
The long-running Denver-based indie pop band Dressy Bessy were led by singer/guitarist Tammy Ealom, who began her musical career as a member of the little-known 40th Day; in time she left the group to focus on writing her own material, eventually joining the earliest incarnation of the Minders. A series of short-lived projects (including a stint in Sissy Fuzz) followed before a frustrated Ealom befriended drummer Darren Albert, and with bassist Rob Greene they formed Dressy Bessy, issuing their debut single, "Ultra Vivid Colour," in mid-1997. Ealom's boyfriend, Apples in Stereo guitarist John Hill, signed on for 1998's You Stand Here EP; the full-length Pink Hearts Yellow Moons followed early the next year on venerable indie pop label Kindercore. Their colorful, childlike aesthetic fit very well with the band's visual and musical style. Their relationship continued with 2003's self-titled album. Two big changes happened after that; Albert left the band and was replaced by Craig Gilbert, and Kindercore effectively ceased operations. That left Dressy Bessy to look for a new home, and in 2005 they signed with Transdreamer Records, soon releasing their fourth album, the tougher, more punk-influenced Electrified. Their next album, 2008's Holler and Stomp, went even further in that direction, adding some post-punk and no wave to their bubblegum pop. The result didn't make the band's fans too happy and a scheduled tour didn't do well thanks to the global economic collapse. These factors led Ealom and Hill (who were at this point married) to put the band on hiatus. Bassist Greene left the group during the break and only the occasional show or digital single proved they were still around. In 2016, the group returned with a new label, Yep Roc, and a new album, Kingsized. It featured appearances by R.E.M.'s Peter Buck, Wild Flag's Rebecca Cole, and indie rock jack-of-all-trades Scott McCaughey, and showed the band to be firmly back on track. ~ Jason Ankeny 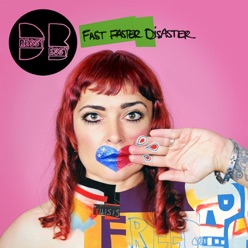 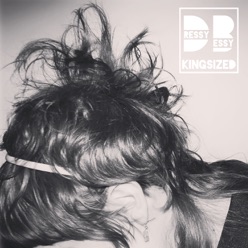 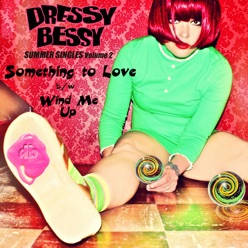