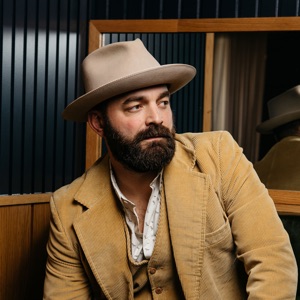 ORIGEN
Nashville, TN
FORMACIÓN
2006
Acerca de Drew Holcomb and The Neighbors
This Nashville-based Americana outfit is fronted by Drew Holcomb, a singer/songwriter known for his rich voice and passionate, literate material. Born on May 13, 1982 in Memphis, Tennessee, Holcomb grew up listening to his father's collection of classic singer/songwriter albums of the '70s -- including titles by Bob Dylan, Carole King, and James Taylor -- and he gravitated to their musical influence. Holcomb's interest in music grew as he attended the University of Tennessee in Knoxville, and as he pursued his master's degree in divinity at the University of St. Andrews in Scotland, he penned a dissertation titled "Springsteen and American Redemptive Imagination." After returning to Tennessee (eventually settling in Nashville), Holcomb began pursuing a career in music, and in 2003 he released his first EP, Lost and Found. A full-length album, Washed in Blue, followed in 2005, and the concert souvenir Live from Memphis appeared in 2007.nn In 2006, Holcomb married Ellie Bannister, a songwriter and musician he met when they they were both attending the University of Tennessee, and the newly renamed Ellie Holcomb began performing with Drew, joining in on guitar and vocals. With the addition of guitarist/keyboardist Nathan Dugger and bassist Rich Brinsfield, the act became known as Drew Holcomb u0026 the Neighbors, and the band made its recording debut with a seasonal offering, A Neighborly Christmas (their first release for Magnolia Records), which appeared in late 2007, followed in mid-2008 with the album Passenger Seat. A Million Miles Away arrived in August 2009, and 2011's Chasing Someday became Holcomb u0026 the Neighbors' first album to crack the Billboard Top 200 albums chart, peaking at 183. (It rose to eight on the folk chart and three on the independent survey.) In 2012, Holcomb dropped another live album, Through the Night: Live in the Studio, and returned in early 2013 with Good Light, which climbed to 84 on the Top 200. By the time Holcomb u0026 the Neighbors released Medicine in 2015, Ellie Holcomb had left the group to focus on her solo career (though she and Drew were still married), and Jon Radford joined on drums. The album continued the group's rising chart success, topping out at number 47 on the Top 200. In August 2016, Holcomb and the band unveiled Live at the Ryman, a live album recorded during their first appearance at Nashville's legendary Ryman Auditorium, the original home of the Grand Ole Opry. A brand-new studio album, Souvenir, was released in 2017, preceded by the politically charged first single, "Fight for Love." ~ Mark Deming