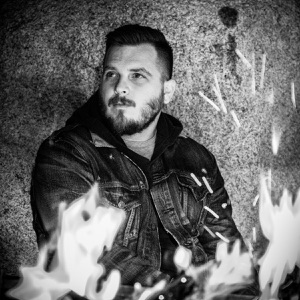 CIUDAD NATAL
Orange County, CA
NACIMIENTO
18 de noviembre de 1980
Acerca de Dustin Kensrue
Since 1998, Dustin Kensrue has been most widely known as the lead singer, lyricist, and guitarist for the well-regarded Irvine, California post-hardcore quartet Thrice. After releasing three albums with the group in 2001 (Identity Crisis), 2002 (The Illusion of Safety), and 2003 (The Artist in the Ambulance), Kensrue began more seriously working on solo acoustic material around 2004. Originally writing under the project name Ursus Veritas, Kensrue eventually dropped the moniker, choosing to work under his own name instead. Tracks first appeared online via MySpace in spring 2005, and Kensrue eventually took time away from work on Thrice's fourth studio effort, Vheissu, to complete the recording of his solo debut with co-producer and Thrice bandmate Teppei Teranishi.nn Kensrue hit the road for ten days that summer to play select dates around the United States, where he performed various originals, covers, and the occasional Thrice song. Kensrue was joined on his first solo tour by Lucero's Ben Nichols on East Coast dates and ex-Hot Water Music frontman Chuck Ragan on the West Coast. Kensrue ultimately signed with Equal Vision in fall 2006, and the label issued the folk and country-tinged EP Please Come Home the following January. Keeping with Thrice's history of giving back to charitable organizations, five percent of the album's proceeds were donated to a nonprofit. In 2007, Kensrue released his second solo project, a holiday-themed EP titled This Good Night Is Still Everywhere, which was once again produced by Teranishi and released by Vagrant Records, which was also Thrice's label at the time.nn In 2012, Thrice announced they were going on hiatus, and Kensrue became a worship pastor at Mars Hill Church Bellevue; he recorded an album of worship songs, The Water u0026 the Blood, that was released by BEC Recordings in October 2013, but stepped down from his position at Mars Hill Church in the wake of a scandal involving the conduct of church founder Mark Driscoll. (Kensrue was in no way implicated in Driscoll's actions.) In 2015, Kensrue dropped his fourth solo release, Carry the Fire, which dealt with both spiritual and secular themes; that same year, Thrice announced they were reuniting for a series of concerts and festival appearances, as well as a new album. Kensrue began 2016 with the release of his fifth solo album, a live covers set called Thoughts That Float on a Different Blood, followed in May of that year by Thrice's reunion album To Be Everywhere Is to Be Nowhere. He ended the year with a two-song companion 7" single to his live album titled More Thoughts That Float on a Different Blood. ~ Corey Apar 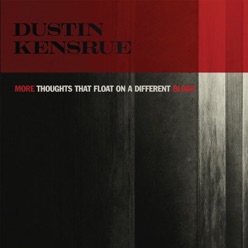 More Thoughts That Float On a Different Blood - Single
2017 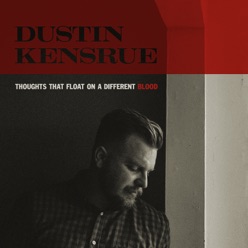 Thoughts That Float on a Different Blood
2016 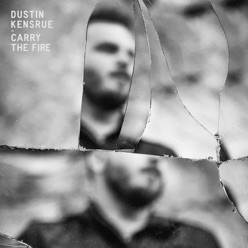