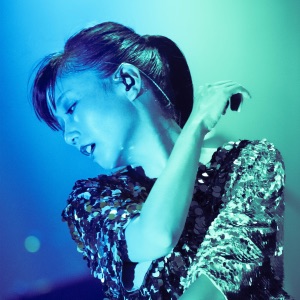 CIUDAD NATAL
Osaka, Japan
NACIMIENTO
9 de septiembre de 1982
Acerca de Ai Otsuka
As a qualified kindergarten teacher, it's little surprise that Osaka-born singer/songwriter Ai Otsuka was able to make a connection with young Japanese music fans so quickly into her career. But while her thin, high-pitched vocals and karaoke-friendly bubblegum pop are mandatory for any self-respecting J-pop idol, and were crucial in capturing a young teenage audience, Otsuka's cute appeal, centered around her earthy fashion sense, upbeat lyrics, and sense of humor, have also struck a chord with older teens and working women. Debuting in 2003 and often misleadingly viewed as the heir to Ayumi Hamasaki's throne as the queen of Japanese pop, Otsuka has written her own songs from the beginning of her career, plays piano and guitar, and has a rougher, homier edge compared to most J-pop idols. Nonetheless, operating in a pop climate that does not recognize the meaning of "overexposure," Otsuka has been able to extend her reach to females among age 16-30 by hosting a radio show on the Internet and terrestrial station JOQR, having her songs appear in television commercials, and by taking on dramatic acting roles. By spreading herself so widely, Otsuka has managed to grow up with her maturing fans.nnHaving begun classical piano lessons at the age of four, Otsuka (born September 9, 1983) was already writing her own songs by the time she was 15, sending a self-produced demo tape soon after to Japan's largest independent record label, Avex, the label that is home to other female J-pop icons Ayumi Hamasaki and Namie Amuro. Otsuka's early influences included Dreams Come True, one of Japan's biggest pop acts of the early '90s, and it was as a teenager that "Ai-chan" (also nicknamed "Ai-chin") would pen her future breakthrough hit, "Sakuranbo," and other songs that would appear on her debut album, Love Punch, released in March 2004. By that time "Sakuranbo" had already spent several months on the Oricon Weekly singles chart. The song peaked at number five, selling 700,000 copies and going on to spend more than 18 months on the charts. "Love Punch" meanwhile peaked at number three in the Oricon album charts, with first pressings of the album coming with a 60-page booklet of Otsuka's own sketches and writing. Around the time of the release of Love Punch, Otsuka began a lighthearted five-minute radio show broadcast four times a week on the Internet and terrestrial station JOQR, titled Otsuka Ai's Ai-r Jack, in which she answers listeners' queries on personal problems among other topics. She also began writing, including a "Love Column," for girl's magazine Zipper.nn Eight months after the release of her debut, Otsuka released her second album, Love Jam, the cover of which saw her face splattered in strawberry jam. Equally suggestive were the lyrics to "Tsukune 70 Yen," a B-side to Otsuka's seventh single, "Kuroge Wagyu Jo Shiotan Yaki 680 Yen." Some commentators attributed this risqué tendency to Otsuka's earthy Osaka humor. Controversial B-sides aside, "Love Jam" was light on sanitized, punky guitar riffs compared to its predecessor and concentrated more on sweeping balladry, but it's subdued nature did not prevent the album debuting at number one in Japan. In spring 2005, Otsuka embarked on her first proper series of nationwide concerts with her JAM PUNCH Tour 2005 -- Kondoru No Pantsu Ga Kuikondoru. The middle of the tour saw Otsuka celebrate her first number one single, the double A-side "Smily"/"Bi-drama." Performing alongside other huge-selling J-pop acts like Orange Range and Puffy AmiYumi at the Ongaku to Higetachi Festival 2005 in Niigata Prefecture in September confirmed Otsuka's status as one of Japan's most popular performers.nnOtsuka's third album, released in December 2005, kept the "love" theme on the menu. Titled "Love Cook," it was the singer's third consecutive album to hit the top spot, quickly going on to shift 100,000 copies, and featured singalong anthems such as "U-Boat" and a departure with the jazzy "Tokyo Midnight." Otsuka continued to keep active in 2006, penning the single "Like a Love?" for Avex labelmate Ami Suzuki, released in July of that year, and reprising her role in the movie version of the DVD drama Tokyo Friends, which hit movie theaters in Japan in August 2006. ~ David Hickey 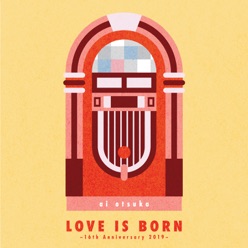 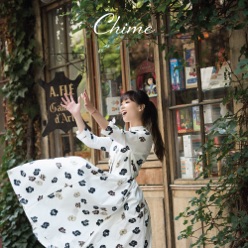 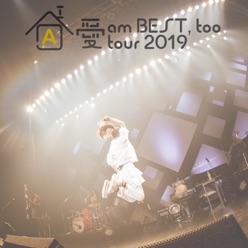