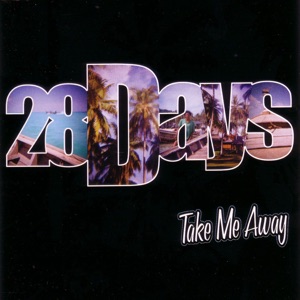 ORIGEN
Melbourne, Australia
FORMACIÓN
1997
Acerca de 28 Days
28 Days held the potentially dubious title of being Australia's premier rap-metal band, which they nevertheless parlayed into a lucrative ten-year career that included two gold albums, one of which entered the charts at number one. The band was formed in Frankston in 1997 by a group of skaters who met at the local skate park. Vocalist Jay Dunne and guitarist Simon Hepburn had worked together both on graffiti and several punk and hardcore bands including Self Reliance; bassist Damian Gardiner and drummer Adam Bomber were members of the same Melbourne skate-punk scene. When they formed 28 Days, Dunne's worship of the Beastie Boys came to the fore and he began rapping most of his vocals on their self-titled debut album, released independently in 1998 on the Stubble imprint. Within a year they'd been chosen by Festival Mushroom to be representatives of their new label for up-and-comers, Sputnik. The band replaced Bomber with new drummer Scott Murray and added turntablist Jay Howard aka DJ Jedi Master Jay for even more of a hip-hop sound. Their Limp Bizkit-esque single "Rip It Up" and its video showing the band playing to a moshing festival crowd became fixtures on radio and television; by the time their second album, Upstyle Down, was released their popularity was already peaking and it immediately entered at the top of the album charts.nnIn November of 2001 drummer Scott Murray was run over and killed while walking home after band practice. The band carried on, temporarily replacing Murray with Vinnie Jukic for their 2002 album Stealing Chairs, dedicated to one of Murray's favorite activities. Afterwards, 28 Days found themselves in national newspapers for all the wrong reasons when they and their fans were accused of causing $4,500 worth of damage at a concert by rival Sydney band the Drugs. The lead singer of the Drugs, Ian Baddley, had previously written an open letter to Jay Dunne of 28 Days accusing him of making homophobic and misogynistic comments to the audience at the Big Day Out festival, which they had shared billing at. He also accused Dunne of ignorantly referring to German band Rammstein as "Nazis."nn Desperately needing to revamp their image, 28 Days cycled through new drummers before settling on Adrian Griffin and recording Extremist Makeover in 2004. Rap-metal's day had passed, however, and the album was not a success. They left Sputnik soon after and attempted a comeback with their 2006 EP Bring Em Back, released on their own label. It turned out to be their last hurrah, however, and after a farewell tour and greatest-hits compilation (Ten Years of Cheap Fame) in 2007 the band broke up. ~ Jody Macgregor 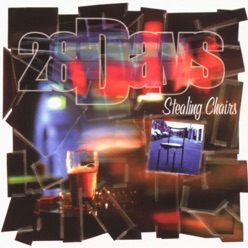 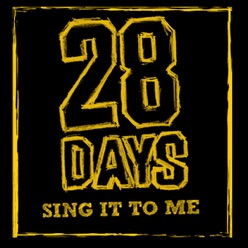 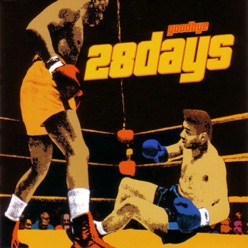